My Hero Academia continues its rise to prominence with a second season that easily outshines the first.

After the first season became a smash hit among Japanese and western audiences alike, expectations were high and speculation higher for how the series would continue from its promising start. Luckily, season two didn’t disappoint and even fleshed out the series in all the right places, providing a concentrated dose of all the best parts of a Shonen anime.

Following the villain attack at the end of the first season, Midoriya Izuku and his classmates learn they will be competing in UA’s yearly sports festival. Taking on a gauntlet of events and challenges, they will have the chance to prove themselves in front of an audience of licensed heroes. Victory means a chance to be scouted by these heroes for internships and practice in the field; failure means sinking into obscurity and falling behind their peers.

For Midoriya, this also serves as a challenge given to him by All Might: Among the other heroes and crowds of people watching from all over the world, he must rise to the top and proclaim to threats awaiting from the shadows that as the new wielder of One For All, he is here and he is ready. It won’t be easy though – both his childhood rival Katsuki Bakugo and the class prodigy Todoroki Shouto are gunning for the top as well, each with their own reasons to stand as the best. All the while, a new evil is rising up to smash the peace in the world and leave a stain on the mark of justice. 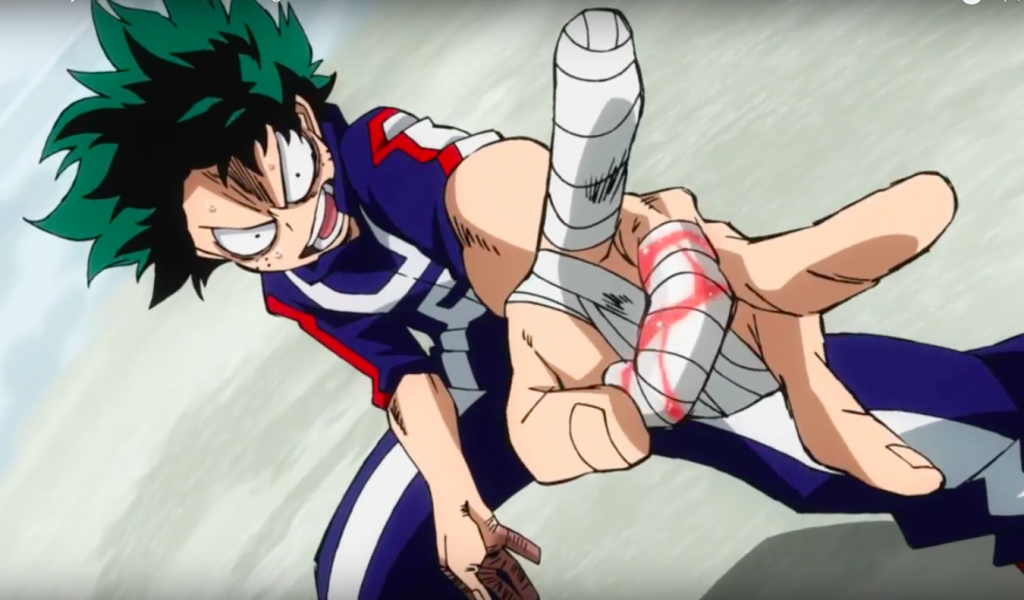 With an episode count twice as large as last season’s, Academia’s second season covers a lot more ground than its predecessor. Not only do viewers get to see the entirety of the sports festival tournament and hero killer arcs, but each character also gets time to be further explored: Midoriya’s struggle to live up to the expectations of a hero, Shouto’s drive to overcome the sins of his father, Bakugo’s rush to make good on his claims of superiority and even Uraraka Ochako’s fight to surpass her own limitations, and on and on down the list of the show’s many characters. It all serves to make for a genuine cast that feels believable, relatable and, most importantly, likable.

This extends to the season’s villain as well. Following the Sports Festival arc, the Hero Killer arc offers up one of the most fleshed out villains in the series to date. It would be a disservice to get to much into it here and spoil it, but suffice it to say that they offer an interesting take on the rules and beliefs of the heroes which will no doubt have reverberations in coming arcs.

Likewise, the animation is top notch. From the first event of the Sports Festival on, Studio Bones delivers some of the best action and fight animation they’ve ever done. The smooth motions of Todoroki as he launches a pillar of ice into a robot and the impact of a combo attack from Midoriya against an airborne villain look and feel incredible, sucking the viewer into the excitement and adrenaline of the moment. The season also maintains the style of series creator Kōhei Horikoshi, mixing elements of western comic books with the intensity and detail he is known for. Color is used to maximum effect, whether it’s showing the extent of the damage Midoriya has done to his limbs with his attacks or to better show the dread and intimidation of a dire situation. 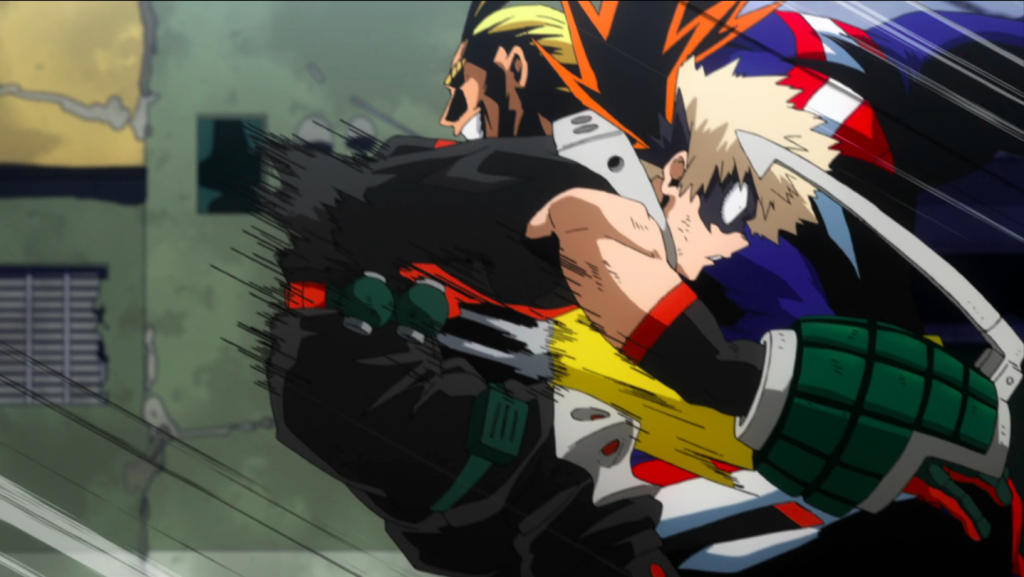 One downside of this season, however, is the overuse of character name cards. While it’s understandable that they would want to let new viewers know who each character is and what their powers are, having a card pop up for them every episode starts to feel like clutter on the screen. It’s especially bad when a new character hasn’t introduced themselves yet and a card pops up with their name and quirk, only for them to officially say it several minutes later. It breaks the immersion the show offers and feels gimmicky, but never enough to ruin an entire episode.

The second season’s soundtrack is outstanding. Using tracks from the previous season as well as a few new ones, the music is still a masterwork of ebbing and flowing with the action and calm of fights and moments throughout the show. In particular, the track “Unreleased,” used as the hero Endeavor’s theme, is reminiscent of something out of Berserk, with all the impact and catchiness that entails. The openings and ending themes are good as well, with the second opening “Sora ni Utaeba” by amazarashi best capturing the feel of the show and its themes.

In terms of voice work, both the Japanese and English dubs are fantastic, and serve to improve the experience. Funimation in particular has chosen a great cast for the episodes dubbed so far, making for a rare dub that arguably feels as, if not more, natural than some of their Japanese counterparts. Both dubs offer top of the line performances however, and won’t leave you disappointed either way.

The second season of My Hero Academia has taken the series to new heights, cementing it as one of the best Shonen anime around today. It’s the kind of show that fans of the genre both new and old can find something to enjoy about and with the third season already announced, looks to have set the show further along the path to greatness.

The second season of My Hero Academia has taken the series to new heights, cementing it as one of the best shonen anime around today.

Keenan McCall is a journalist and writer with a passion for animation. From video games to anime, anything that sets art in motion will get him talking and writing nonstop.
Previous Turok: Dinosaur Hunter (N64) Retro Review
Next My Hero Academia Season 3 announced