Hascon is coming! The Hasbro-centric convention is set to be loaded up with all things Transformers, GI Joe and more. And IDW will be on hand.

Looking an awful lot like a “major” convention is Hascon. You might not be familiar with the name, but Hascon is a new annual celebration of toy-maker Hasbro and its various properties. But it’s not just Hasbro on this show floor, as comic publisher IDW will be present as well.

If you’re not familiar, IDW publishes a full slate of Hasbro books. Actually, they have a shared universe that’s just a little over a year old that brings together a bunch of them. It’s mostly god stuff too, especially if you’re a longtime fan.

As to what will be at the show though, here’s your list of exclusives. Each one will cost you $10.

Less into the exclusives and looking for some panels and signings? Yep, there are plenty of those.

Jason's been knee deep in videogames since he was but a lad. Cutting his teeth on the pixely glory that was the Atari 2600, he's been hack'n'slashing and shoot'em'uping ever since. Mainly an FPS and action guy, Jason enjoys the occasional well crafted title from every genre.
@jason_tas
Previous Thor Ragnarok Minimates hitting stores now
Next Rapture #4 (comic) Review 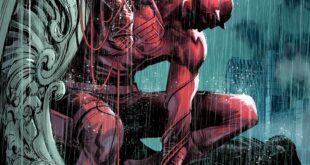