Home / industry / Is There A Game of Thrones Game Beyond The Wall?

Is There A Game of Thrones Game Beyond The Wall?

For fans of the hit series Game of Thrones, there may soon be a video game for the HBO series. 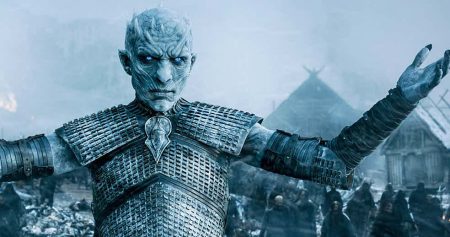 There exists a leaked listing from Target, leading to the possibility of George R.R. Martin’s epic tale Game of Thrones and Bethesda. Bethesda, the Maryland-based publisher of such hits as Doom, Wolfenstein and The Elder Scrolls may be adding to their top-sellers list.

There has been stories since 2015 that Bethesda was working on two hush-hush projects. One developer even teased these were ‘bigger than everything before”.

With only one more season of the series planned on HBO, and the size of the Seven Kingdoms, there are plenty of opportunities here. We have seen TellTale Games give us a minor story, which I can only assume whet the appetite of gamers for such a release.

Only time will tell, but I am certain that we would see a shift if that were the case. An insurgence of gamers switching favorite titles. The drastic increase in sales of consoles. Such possibilities exist.

A fan of media on multiple platforms, I am always watching or playing something! Who knows what I will be on to next?
@mackeyp42
Previous Black Manta blasts through the competition in introduction trailer
Next Hyper X Cloud Revolver S Headset (Gear) Review