Build your own metropolis in the PS4 version of Cities: Skylines.

This deluxe city builder was hotly anticipated when it was first releasing for PC a couple of years ago. In the meantime, at least one expansion has released, the game has come out on the Xbox One -and finally- it arrived last week on the Playstation 4.

Was the wait for the console jump worth it? Does Cities hold up as a robust and fulfilling citybuilder? Take a look.

The premise of this game is not really different at all from any other city building game set in a contemporary time period. Basically, the player is given an initial plot of land and a certain amount of money. The player is then tasked with building out that plot of land with nothing on it, into a bustling metropolis.

Yes, the premise here is tried and true. There are no scenarios where you pick up a partially-built city in order to succeed either. You simply pick a plot of land, name your city, and go. One nice addition though, is that the game has a pretty good tutorial for getting players started and on the way to success.

You might need it too, because Skylines isn’t a simple game. It truly allows players to build the city of their dreams, or recreate a fictional burgh. Since receiving Skylines, I have played around with different city types, locations, policies and more.

I tried to create Derry, from Stephen King’s IT, but failed pretty miserably. That was on me though. My point is: If the player is skilled and thinks ahead, the tools in this game will allow almost anything he or she can imagine to be created. 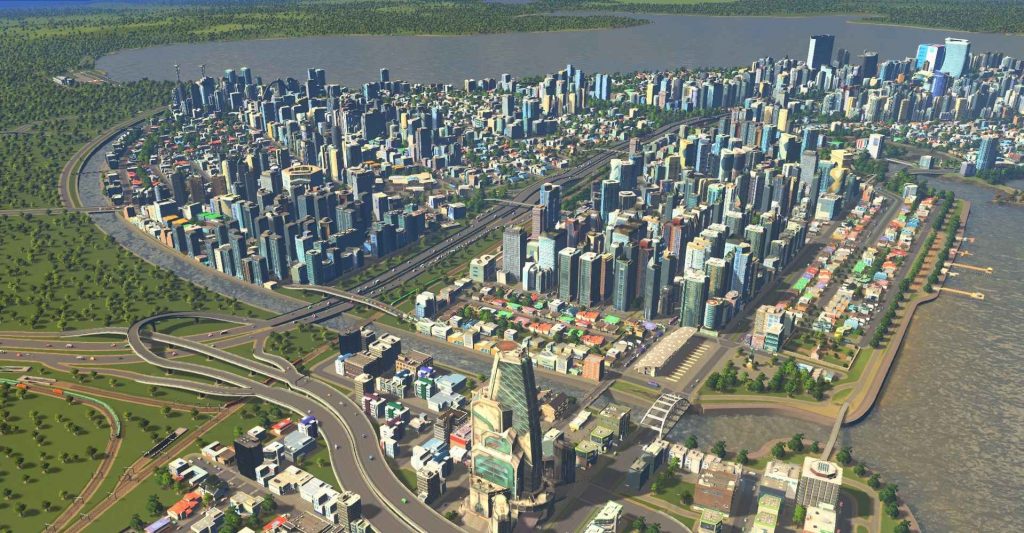 Cities: Skylines has a huge number of tools available. There are more road types than I found uses for, including two way roads, one way roads, highways and many more variations on those same themes.

Skylines does something else I haven’t seen recently: Instead of being tasked to create every business and building in the city, the player is tasked only with building structures pertinent to the functioning of the city.

These are things like hospitals, firehouses, police stations and public transportation hubs. Everything else is zoned and populated automatically. This is great because the player doesn’t need to make apartments or houses. The people in the city just make their own.

This automation takes away the tediousness of creating all housing and workplaces for people. The player really feels like a city official providing guidance, but not being an overbearing god-presence.

I also need to point out that every building choice has consequences.

Every structure, both automatic and player built, takes up power and water. People living in your city talk about you on social media too, passing judgement on choices you have made as the mayor of your town.

The biggest enigma in Skylines is the presence of milestones. Basically, you need to have a certain number of people to build certain structures, with more being unlocked as more people move into your city.

In the early game, this restricts choices and doesn’t feel the best. As you move into the late phase of your city with thousands of people though, the problem feels less pronounced. Players also have the option to start the game with all milestones unlocked. That is a pretty fair option to give players a true sandbox experience.

A number of other options can impact gameplay as well. Making your city left-driving, having unlimited money, and the aforementioned unlocking all milestones from the get-go are all options.

Cities: Skylines lives up to its promise of giving the players great looking cities. As the cities grow and flourish, they take on a glow and life of their own.

During the game’s day and night cycle, players are treated to vastly different views of their creations. During the day, the sprawling metropolises are intimidating and looming. In the night time, the cities come to life with a glow. I can honestly say that on multiple cities, I would pause the game and zoom out just to see the full scale of what I built.

The strong visuals transfer to the micro views of the city too. Players can even zoom all the way in to see individual businesses and cars. Skylines looks good here, but it is obvious that the game really shines when players are looking at the big picture. 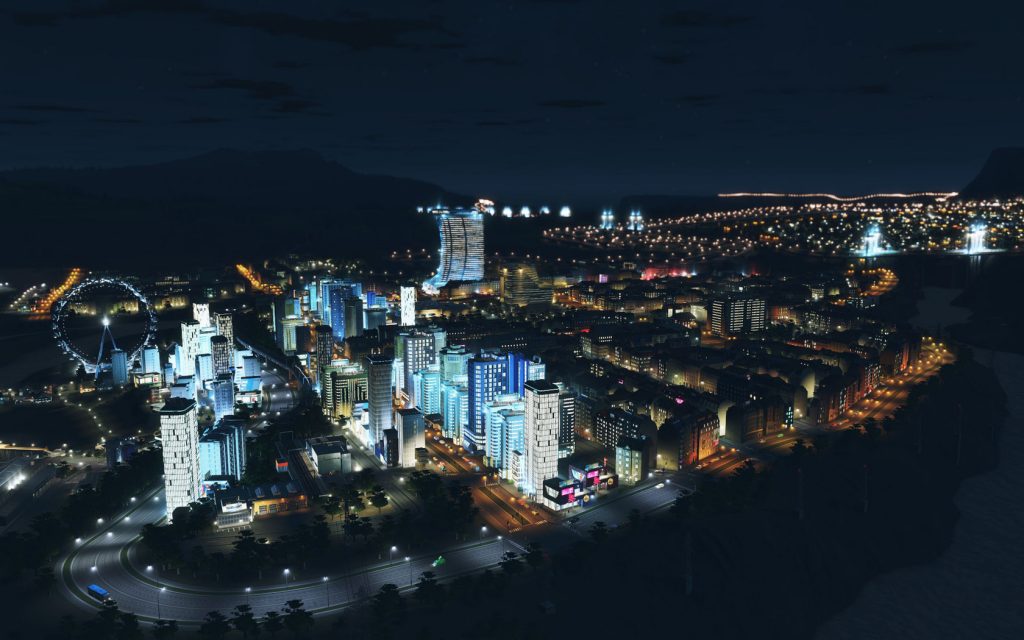 Cities: Skylines is a very competent and modern city builder where the player has enough control to build the city of their dreams, but not so much control so that the middle and late game is tedious. Building a city often feels a lot like painting a picture as opposed to constructing dwelling for thousands of people.

If you start playing because of the gorgeous skylines, the subtle depth and possibilities will likely keep you around.

Cities: Skylines brings the city building genre to consoles in earnest. The robust city building tools allow the player to build the city of their dreams.

Erich was introduced to gaming by his grandfather before he could walk. Since then, he has grown up loving Nintendo and most games in general. He couples his love of videogames with journalism to cover news, provide reviews and tell it how it is in the gaming world.
Previous Vinland Saga – The Manga About Vikings! (Manga) Review
Next Menat takes the future into her own hands in new Street Fighter 5 trailer