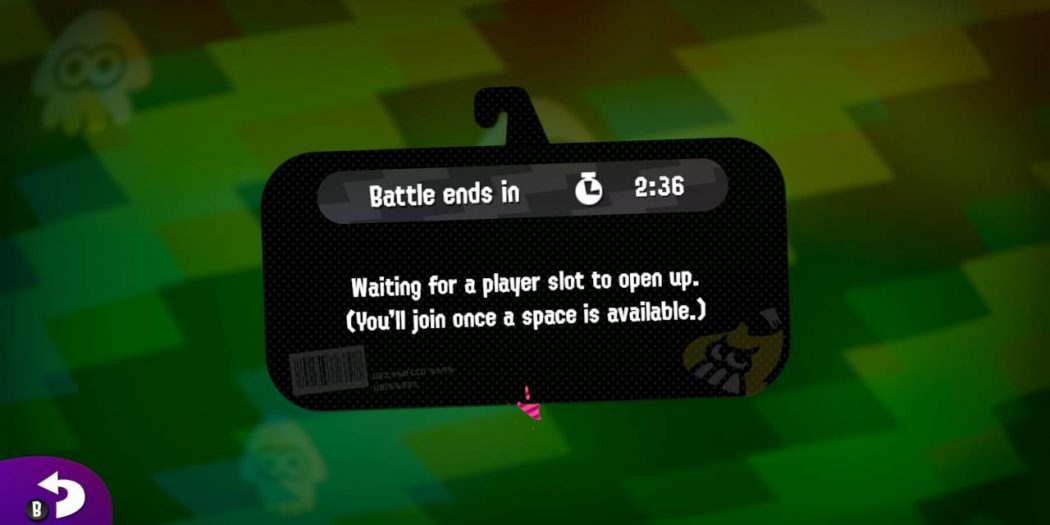 One editor rants about Splatoon 2’s most outrageous decisions.

Splatoon 2 is a fantastic game (we even called it fresh). But it’s a fantastic game that is held back by bizarre, bewildering decisions that might make sense if there was no framework of online lobbies or precedent of user interface. While not exactly countless, these oddities are numerous, and can make it a real headache to get together with your friends and play (especially on the same team).

The most obvious inhibitions remove player choice from the occasion.

The inability to play Salmon Run at any time is constricting in the best of scenarios.  For working people, the hours can vary from inaccessible to impossible.  For every week where evenings are go, my group goes days unable to play together.  Not because all of us aren’t available at the same time (a rarity in itself), but because rarely are four of us, and Salmon Run available at the same time.  While its handy having a schedule on our smart phones, the schedule shouldn’t be necessary.  Why is a game making a decision about which modes we can and cannot play? 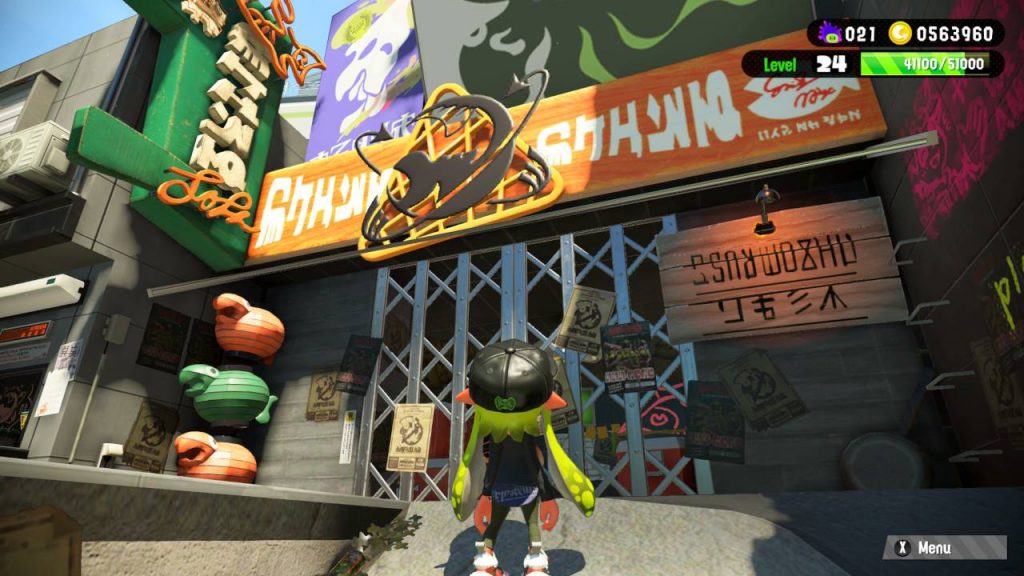 But let’s say we get over only getting to play Salmon Run once in a while (and we better hope that once in a while has a good weapon line-up on hand, or you can kiss victory good bye).  Let’s also say we don’t care about queueing up on the same team (a la literally every other online shooter).  You still can’t queue up conveniently at all if you want to play Turf War.  If you’re trying to play together directly via the Switch, one person has to join a match, and everyone else has to join on him or her as soon as the queue starts up.

Usually, this means the first player is playing the first match alone, while the rest of the group sits and stares at a timer- if there’s even enough room in the imaginary line.  We’ve gone as many as three matches before we even get the group (of four) together.

At least we can queue up together during Splatfest. Or, at least we can only if there’s four of us, and only if we vote for the same condiment.

And then the game can still take a dozen minutes of disconnecting and searching to finally find us ketchup-lovers a match…against Team Ketchup.  In the case of three players, we did our best to time our queue searches to lobby up by coincidence (which worked…once or twice), and in the case of five, one literally had to sit out, and if he wanted to play Turf War in the meantime…too bad.  Not an option.

We couldn’t split up, two and three.  Once there were four of us…but two were on Team Mayonnaise, and we couldn’t queue together even to fight each other (presumably to preserve the Splatfest’s all-important end result).

Let’s say you and your friends decide, after a match, to switch to Salmon Run (presuming in this hypothetical scenario that Salmon Run is indeed open).  You better hope everybody hit Exit, because as soon as you hit continue once between matches, you can’t back out.  No matter how long it takes to find a match. Your friends are just going to have to wait.

While the fault can be assigned to the moron who pressed A on Continue, I find it difficult not to wonder why I can back out at literally any second of the queueing process in games like Call of Duty with no issue, and I have to make sure my button inputs are perfect in Splatoon menus to prevent headaches.

And forget changing your equipment during that time.  You’ll have to back out (unless you’re queued with friends in Splatfest, for some reason) to Inkopolis to equip a different weapon, and then sit tight for another three minute wait.  This also means that you can’t pick your weapon for the map.  If you want to bring a Splat Charger for Surgeon Shipyard, then you’ll be bringing that Splat Charger into Musselforge Fitness.

It goes on, of course.

The map rotation idea isn’t fundamentally the worst, but it can be frustrating when, even with a fifty percent chance, you play the same map, in the same lobby, seven times in a row.  Why don’t they switch off even during the rotation?  And while the rotation isn’t fundamentally the worst, it can still be frustrating when you get on for your one free evening…and see your least favorite maps from Splatoon 1 are your only option…until it’s time to go back to sleep or get ready for the next day of work.

Speaking of, why did they bring back Moray Towers and Port Mackeral, arguably two of the worst maps from Splatoon 1?  Why not Salt Spray Rig and the Skate-park?

At least you can team up with your friends for League Battles though, right? Sure, as long as you have the right number of friends.  And you’ve all reached the minimum rank requirement.  And you don’t want to play Turf War.

Seriously, why is Turf War always getting shafted?

More importantly, why is the player always getting shafted?

On a side note, as it’s not a development decision per se, it’s a shame there’s no way to filter some of the splat art.  The sheer volume of furry paraphernalia made it difficult to track down the proper Mayo vs. Ketchup art that makes the Splatfest as fun as it should be.  Furry artists, if you’re going to overflow Splatoon with your fursonas, at least make them topical!

Splatoon 1 had many of the same problems, and its unfortunate Splatoon 2 didn’t introduce solutions.  For such a fashionable, trendy game, its high time Splatoon got with it.

In the meantime, I’ll sit and wait for the game to put me in the same match as my friends, and then snipe them for hours, hoping we’ll get a chance to be on the same team. Wondering all the while why.

Brutal Gamer's Nintendo Editor began his gaming life a little late- at five years old. But he's made up for it in the two decades since, gaming and writing about gaming with the same passion, fervor, and unrelenting love as his five-year old self.
Previous August 23rd Valiant Previews: War Mother and X-O Manowar
Next Logan, Darkhawk, She-Hulk, and Secret Warriors Marvel Legacy books confirmed