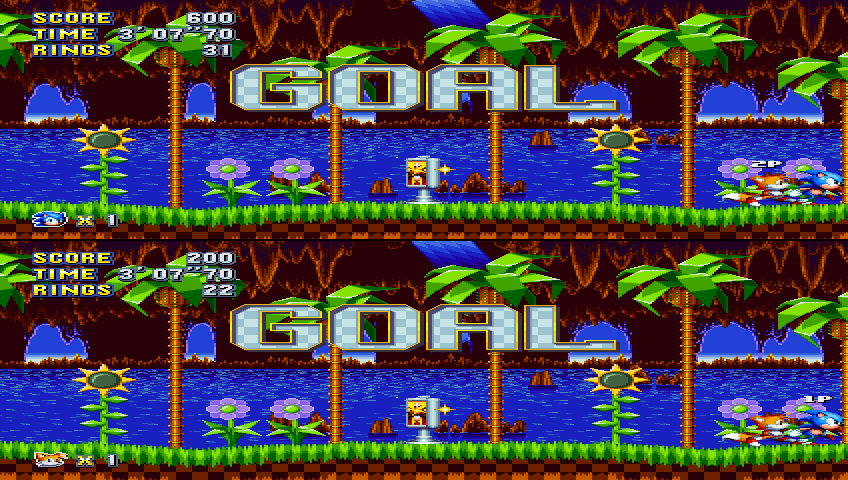 Sonic Mania is going to offer fans a few new modes when it debuts this month. Single Player is only the tip of the iceberg that’ll also include a new Competitive Mode.

Gotta go fast… er than the other guy

It’s kind of interesting that a ‘race’ mode hasn’t figured into a Sonic the Hedgehog release in the past. It hasn’t though, and that makes the new Competitive Mode very welcome indeed. A different kind of multiplayer, the mode will have players racing each other through the game’s classic levels.

Gamers can actually set rules and adjust item availability as well as rounds too. So you can make some pretty tailored matches from the sound of it. Cool stuff, and again, something that seems like a no-brainer for a Sonic title.

Sonic Mania’s release is coming up FAST too. The game is set to hit the PS4, Nintendo Switch, Xbox One, and PC all on the same day – August 15th.

Jason's been knee deep in videogames since he was but a lad. Cutting his teeth on the pixely glory that was the Atari 2600, he's been hack'n'slashing and shoot'em'uping ever since. Mainly an FPS and action guy, Jason enjoys the occasional well crafted title from every genre.
@jason_tas
Previous Teen Titan Starfire debuts in Injustice 2
Next SDCC 2017: Stunning NECA unveils included new TMNT, Alien vs Predator arcade game