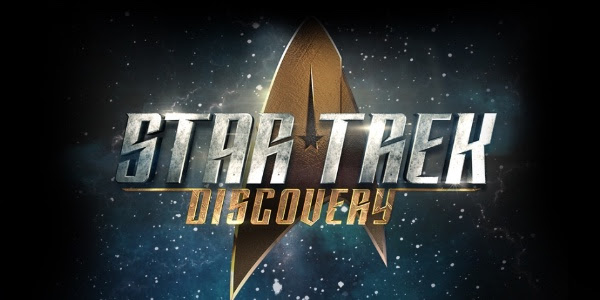 Back… to the future… again

Anyone else sick of prequels? No? Just me? Well, I don’t care. I dig this a lot for what it is, and I’ll watch Discovery (when it eventually comes to a service that I subscribe to) because I think it looks really cool. Thing is, it’s not what I wanted out of a new Trek TV show.

Discovery hits one of my marks, in that it’s taking place in the original timeline again, not in the rebooted movie-verse, alt-timeline thing. That’s awesome. Special effects look great too, and the characters look interesting. So what’s my problem with it? I wanted something post-Next Generation era.

I’m guessing that’s not in the cards though, as it seems like Trek -as a franchise- is only interested in looking sideways (as in the JJ Abrams-verse) and backwards. As a Trek fan myself, I can say with certainty that there are fans out there who would love to know how the main timeline proceeded past TNG/DS9/Voyager era.

You’d think it’d be kind of an obvious place to start over on TV, what with the movies still exploring The Original Series era, albeit in an alternate timeline. Still, it certainly seems like no one cares to explore an more of the 24th century. Actually, it seems like no one cares to explore anything really. Discovery looks like it’ll a purely action series.

Not that that’s a bad thing, but it’s not particularly “Trek” either. Oh well.

As for premier dates, Star Trek: Discovery will debut on CBS on Sunday, Sept. 24, 2017. That’s the pilot only though. The rest of the series will be available on CBS All Access, CBS’ “digital subscription video on demand and live streaming service”. That’ll be the show’s exclusive home, for now anyway.

CBS has a deal in place with Netflix for international audiences, and with Bell Media’s Space channel and CraveTV in Canada. With Netflix in the mix, there’s always the chance you might see it pop up there at some point. Not that there’s been an announcement or anything, just a guess.

Jason's been knee deep in videogames since he was but a lad. Cutting his teeth on the pixely glory that was the Atari 2600, he's been hack'n'slashing and shoot'em'uping ever since. Mainly an FPS and action guy, Jason enjoys the occasional well crafted title from every genre.
@jason_tas
Previous SDCC 2017: Mezco’s One:12 expands with Marvel and DC movie figures
Next The Ancient Magus’ Bride (Anime) Review