Sure, some series made the dimensional leap, but others struggled. For every Super Mario 64, there was a Bubsy 3D casualty. One of those failures was Earthworm Jim 3D. The series’ wacky sense of humor would be replicated in games by Rare through titles like Banjo and Conker. The tight gameplay the series was known for would be lost to the annals of history, it seems.

The only decent things here are concept and humor

The arguable best parts of the Earthworm Jim games are their whacked-out sense of humor and the insane concepts. He is, after all, a superhero worm is in a humanoid body who does some pretty crazy stuff to save the day. 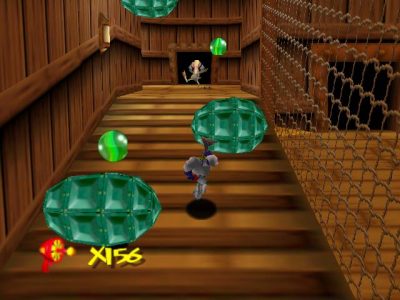 The beginning of EWJ3D is similar to the classic first two installments in that it has an admittedly fun premise. Jim has had a terrible accident and is in a coma of sorts. He has lost his literal marbles.

Playing not as the actual Jim, but as a projection of Jim’s super-ego in his head, you must collect marbles from the varying realms of Jim’s mind.

In this way, the game has a similar premise to other collection based games like Banjo Kazooie and Super Mario 64. You need to collect different items to open new levels and sections of the hub world. This, in practice, works well enough. But the levels are the problem.

Levels are not the open playgrounds we get in Mario and Banjo. They are linear and often devoid of things to do.

The gameplay is the real problem with this entry.

Movement is not precise, jumps are extremely difficult to navigate appropriately, and the camera makes you wonder whether it is the on-screen character who is in a coma instead of Jim. The mechanics are sluggish as well, and special moves such as high jumps are unresponsive and finicky. Oh, and dodging only works occasionally.

To top all of this off, there is almost never anything of true consequence to do in the levels. For instance, in the first level, the main objectives are to help a general (who is a bird) get his underwear back and destroy a giant grenade laying robot chicken. These are fine in isolation, but when the level is a straight line, there isn’t much mystery or fun involved in figuring out how to accomplish objectives.

Add boring levels to the tired gameplay loop and poor controls, and Jim really has nothing to brag about in the gameplay department.

The sound design is fair at best. The voice acting hurts to listen to, while the music is not memorable in the slightest. Environments in the game are barren as well. I understand that the limitations of the time may have played a part, but the worlds are empty and plain boring to look at and engage in. 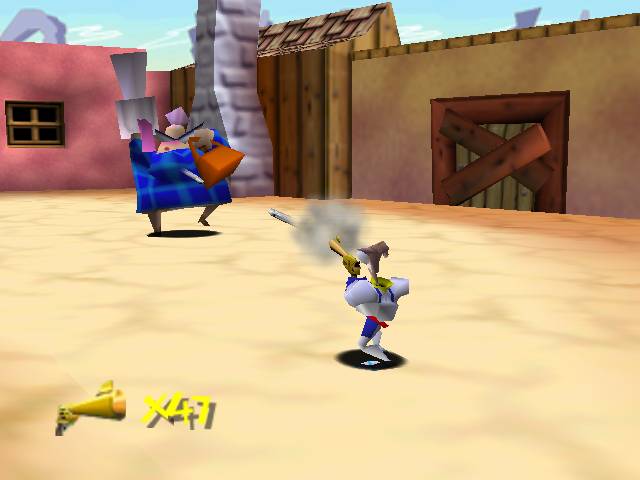 Earthworm Jim 3D was the worm’s first and last attempt at being a 3D character. He is ultimately held back by a boring gameplay loop, terrible controls, and uninspired presentation.

Earthworm Jim 3D wasn't great when it first released. In 2017, it is nearly unplayable. Terrible gameplay, poor presentation and a boring gameplay loop make this a game you can miss without feeling bad about. Actually, if you never play this game, count yourself lucky.

Erich was introduced to gaming by his grandfather before he could walk. Since then, he has grown up loving Nintendo and most games in general. He couples his love of videogames with journalism to cover news, provide reviews and tell it how it is in the gaming world.
Previous Playstation Plus Games for July Revealed
Next Nights of Azure 2 trailer reveals October release