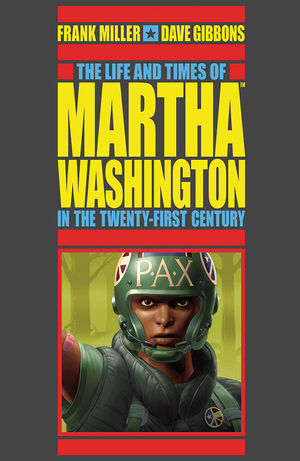 The years spanned are visible here. Art evolves from the beginning to look notably different as the pages wear on. Chapters are given explicit forwards by artist Dave Gibbons too. If you’re a fan of Martha Washington and want to have 600 pages of comic goodness, this trade is probably the best buy you can make.

The best bang for your buck

I mentioned it above, but lets say it again. This $29.99 trade paperback is 600 pages long. There is more than enough content to justify the price tag for any fan of Martha Washington. Or for fans of quality comics in general actually. In various places throughout, there is writing from Frank Miller and Dave Gibbons as well, who helped to create Martha. 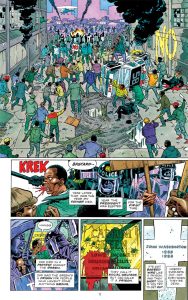 There is behind the scenes writing from the creators, but in the back of the book there is also a scrapbook section. This features unfinished art and characters you might not expect to see, like Aliens and Predator. As someone with no Martha Washington experience, it was neat to see these characters show up in a universe that is so totally off the wall.

Speaking of off the wall content, Washington’s entire run seems like it exists in a world where that “wall” doesn’t even exist. At her core, Washington seems to be a war hero, fighting for the United States’ peace force. She fights giant fast food robots in the Amazon, gets lost in space and a lot more.

Even if you aren’t familiar with Martha’s character, if you’re at all interested, this trade is a pretty good spot to start with.

The evolution of a character

I am really fascinated by this book because it takes fans and readers through Martha’s character from the very beginning.

We get to see her origin story and how the artwork looked in the very beginning of her run. Towards the end of the book, the art is very different, and it’s really interesting to see and read the changes in the character dramatically and stylistically over the years that the books were active.

The only issue I might see with a book this large is that readers who don’t know exactly what they want from it could get lost. Of course, if they don’t know the character, the best course of action is probably to read the whole thing.

A cool look into the series and characters of Martha Washington

It is really neat to read through the letters and notes from the creators of Martha Washington. More often than not, these add insight and character to the pages. It also adds to the depth of character to see what the actual creators think and thought.

If you’re a fan of Martha Washington, the chance to see these stories again with new insight is probably a deal too good to pass up. 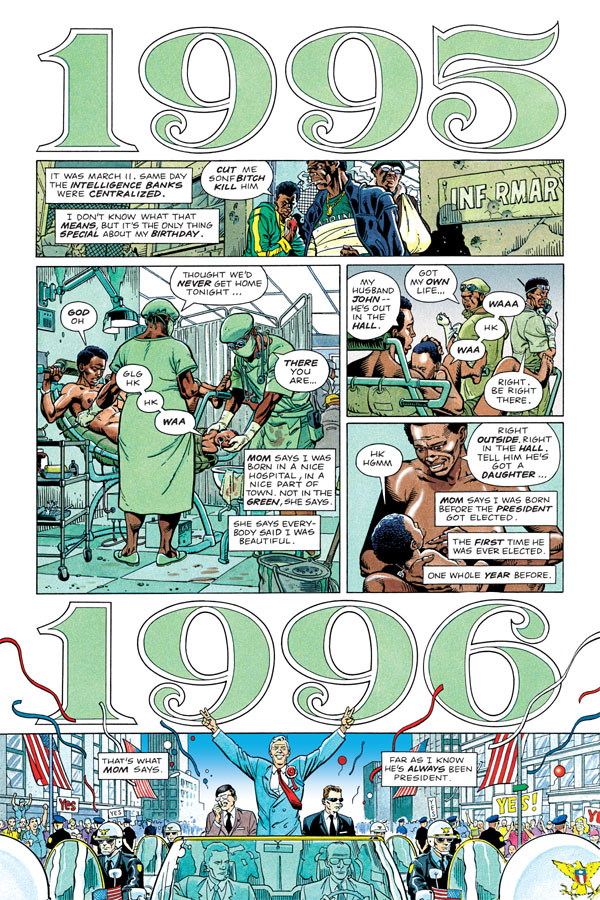 I have refrained from talking about the actual content of the comics themselves so far, because as a hulking trade, I figure most of the people interested will be those who know the characters and stories already. The art is good in the beginning and only gets better with the series’ progression.

Before reviewing this trade, I didn’t know Washington. But getting a look at her adventures and character makes me much more likely to pick up more of her books in the future.

This trade collects every Martha Washington book, and the value shows. Whether you're a longtime fan of Martha or a fan of weird and strong comics in general, this should be a no brainer.

Erich was introduced to gaming by his grandfather before he could walk. Since then, he has grown up loving Nintendo and most games in general. He couples his love of videogames with journalism to cover news, provide reviews and tell it how it is in the gaming world.
Previous Astonishing X-Men #1 hits in July, with series 2 of the X-Men “trading card” covers
Next Ubisoft’s Free Weekend This Weekend