Spider-Man: Homecoming is getting ever closer to release, and Marvel and Sony have released a fourth trailer showing even more of Vulture and the Spider-suit.

Yeah, yeah, I know that this ‘Tony Stark as a mentor’ thing is the direction that Marvel has taken with Spidey. And I know that they wanted something different this time around, and that’s why he’s in high school too. I still don’t dig it though.

Oh don’t get me wrong, I’ll see the movie and I’ll probably like it. This just isn’t the Spider-Man that I know and grew up with. Too much tech for me too, though I have a feeling that he’ll be decidedly less ‘Iron’ by the end of the film.

That kind of has to happen eventually, since Tom Holland’s Spidey will eventually be existing in his own bubble at Sony. That’s alleged to happen post second Avengers flick appearance, in case you don’t know.

But even though there’s some stuff that I don’t like, I freaking love what they’re doing with Vulture. Updating the character in some great ways, Marvel has kept him in an older form as originally intended. It’s a great compromise, and one that I think Michael Keaton is going to do great things with.

Will Spidey’s latest reboot be the hit that the franchise needs to build on for years to come? Probably. Catch it when Spider-Man: Homecoming hits theaters on July the 7th.

Jason's been knee deep in videogames since he was but a lad. Cutting his teeth on the pixely glory that was the Atari 2600, he's been hack'n'slashing and shoot'em'uping ever since. Mainly an FPS and action guy, Jason enjoys the occasional well crafted title from every genre.
@jason_tas
Previous Nintendo Download: HADOKEN!
Next The Flash Finish Line S3 E23 (TV) Review 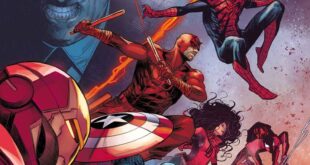 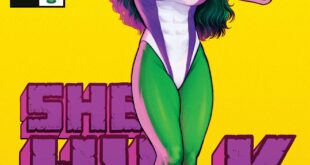 She-Hulk returns in her classic form this January

Gone is the giant, more Hulk-like Shulkie, as Jennifer Walters returns as The Sensational She-Hulk …