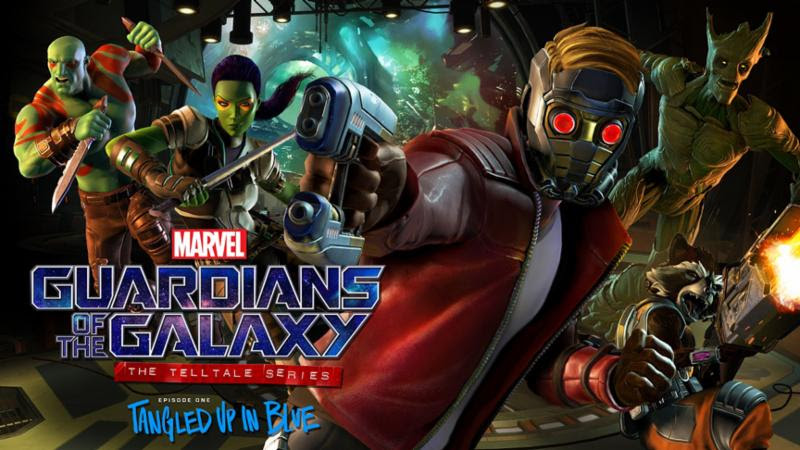 Home / News / Telltale’s Guardians of the Galaxy arrives this month, gets first trailer

Telltale’s Guardians of the Galaxy arrives this month, gets first trailer

Thanos is here, the Nova Corps is overrun, and only the Guardians of the Galaxy can save the day. Yeah, the universe might be out of luck.

Telltale is on a comic book-flavored roll as of the last few years. Yeah, you could make the argument that that’s actually been their bread and butter since The Walking Dead, but I don’t count that series as a comic one. Remember that TWD has a huge TV audience as well. And even though the games are based on the comic universe, it’s got massive crossover appeal.

Fables though, was purely comic-based. So was Batman, and so is Guardians of the Galaxy. Those are all popular properties with fans, but Guardians in particular is poised to have a massive year here in 2017. The comic is out there, and the sequel to the first record-breaking film is set to arrive in theaters. So I’d wager that this is gonna a big, big year for Star-Lord and crew.

The new Telltale game is going to be a part of that. And it’s looking pretty cool too, with the series’ comedic-bent intact. It also seems to be based more on the movies than the comics, though the likenesses aren’t there, so it might be a hybrid of sorts. Thanos denotes that too, since he’s been a lurker in the movies, and will be till 2018’s Avengers: Infinity War. So there’s kind of a cool mish-mash happening here from the looks of it.

As I mentioned too, you won’t have to wait long to get a first look at the game’s initial chapter. That’s cause it lands on consoles and the PC on April 18th. So pop a fresh tape in the deck and get ready, cause you’re about to be hooked on a feeling all over again.

Jason's been knee deep in videogames since he was but a lad. Cutting his teeth on the pixely glory that was the Atari 2600, he's been hack'n'slashing and shoot'em'uping ever since. Mainly an FPS and action guy, Jason enjoys the occasional well crafted title from every genre.
@jason_tas
Previous Second The Mummy trailer released, and there’s no place to run
Next Brutally Honest Podcast 21: Gorillas are Grodd