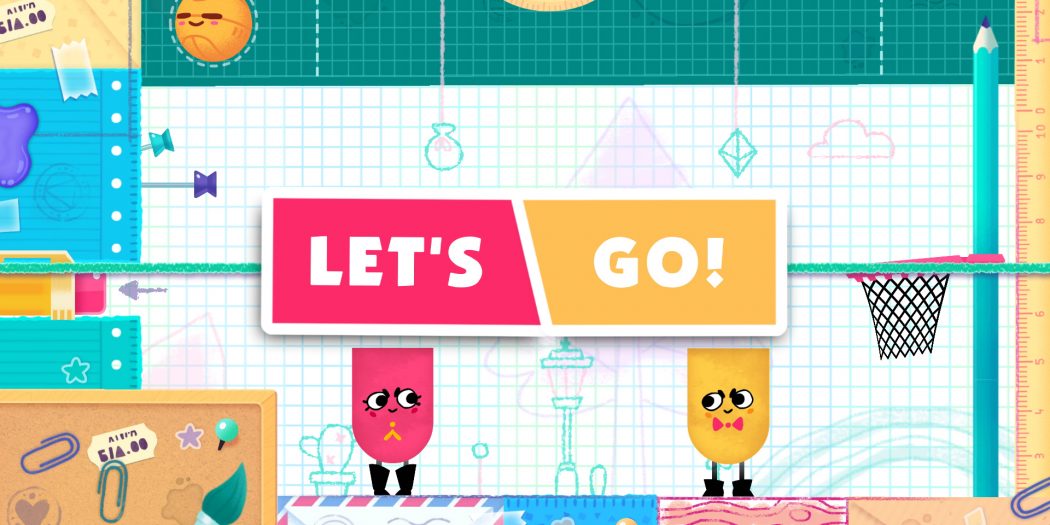 The Nintendo Switch To Go

One Editor’s road-trip puts the Switch to the test, both on the go and on the TV. The first leg of the trip, a full day drive to Park City, shows how the Switch can shine.

The Nintendo Switch’s launch date would have put me in a quandary if it was any other console. Friday night saw me begin a long drive to Park City Utah (from the LA area)- long hours in the car that took me through midnight on Saturday (or is that now Sunday?). Granted, it was elongated by some stops to see Zion National Park on the way (well worth it), but by and large it was a one-way trip across four states. With no TV.

And with the Switch, no problem.

A little bit 3DS, a little bit GameCube (with the portable screen attachment), and a whole lot of convenience, the Nintendo Switch made the road trip (or at least the hours I wasn’t driving- thanks, family) a whole lot shorter.

Once the family was all picked up and the most recent stories and necessary socializing was out of the way (there’s only so many ways everyone can rant about work in the first few hours, before napping becomes the activity of choice), the back seat busted out the Switch. 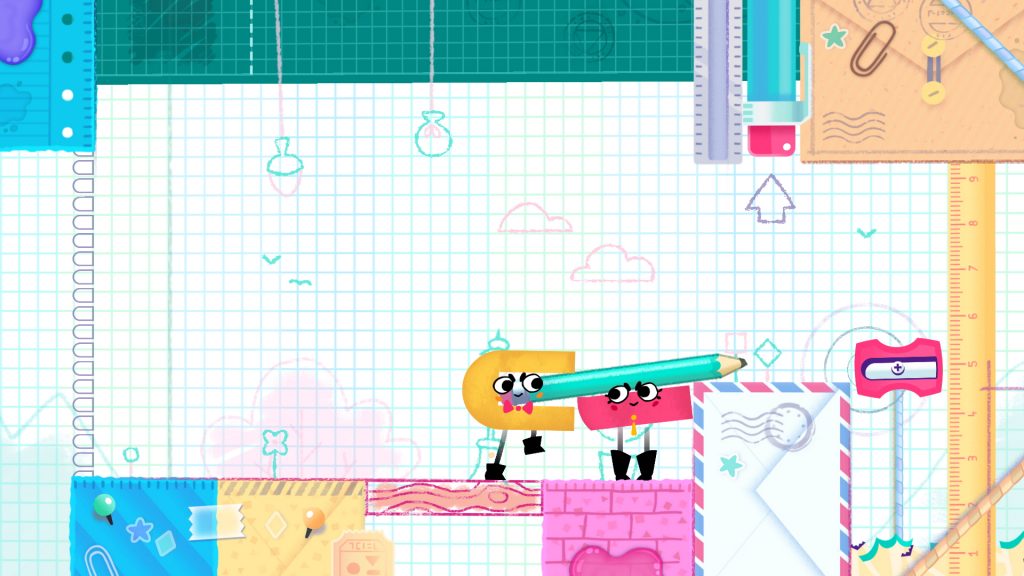 My brother and I opened with Snipperclips, the $20 downloadable title that I’ve decided all Switch owners should purchase if they’ve got people to play with, a much lower hurdle than before.

Case in point: none of my other family members on the trip have a Switch. None of them could be trusted to purchase a copy of the game, either. The two biggest barriers for entry in portable multiplayer (multiple consoles, multiple copies) have been handedly taken care of. I passed a joycon to my brother, grabbed the other for myself, and placed the Switch’s screen flat between us, on a pile of packed boxes, blankets, and somewhere beneath it all cinnamon apple muffins. It made for a solid base- despite winding mountain roads, the screen didn’t go anywhere at all.

The size of the screen was perfectly acceptable, too, and the advancement of modern technology makes for a much better viewing angle than the GameCube’s attachable screen (which was once our go to for this very same drive, a decade or more ago). The joycons were plenty comfortable for what is generally an uncomfortable scenario (in a car, surrounded by ski gear, on bumpy, winding mountain roads, turned to a screen sitting flat and low between us).

Best part: no cables. No bulk. And set-up was finished in seconds, all the pieces taken from the Zelda Collector’s Edition carrying case.

We launched Snipperclips, and were probably playing within sixty seconds of the decision to play the Switch at all. It was unpacked, set-up, and the game was launched in no time.

After an hour of Snipperclips (impressions to come later!), drivers were changed out, which put me behind the wheel and everybody else in the napping position. The Switch was put away easily and conveniently, until, hours later, I was back in the backseat and 1-2 Switch was brought out.

Smartly for the bumpiest part of the trip. 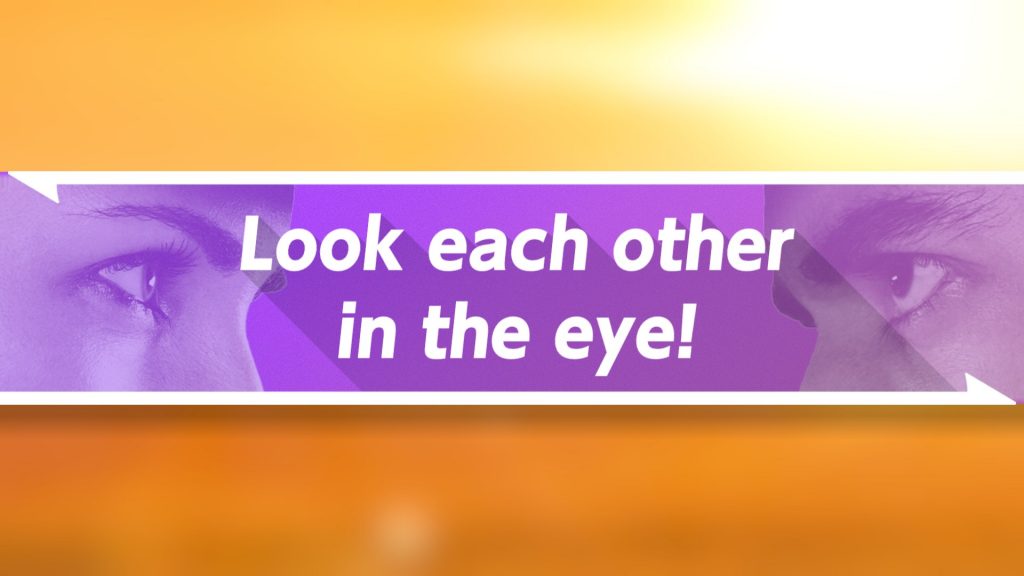 1-2 Switch lends itself well to a car-trip. You don’t have to look at a screen, so you’re less likely to get car sick. Several of the games can be played without more than a flick of the wrist, so even in the confines of our labyrinthine packing, we had space enough to move. And a joycon can be passed to any seat in the car with no issue. The screen doesn’t have to shift to accommodate new players. The passenger seat doesn’t even have to twist unsafely around to join in the fun.

We played ping pong on a drive to Utah, motion and audio controlled. It was the perfect game for a bored, family-filled car. Quick Draw, Samurai Training, Fake Draw, Boxing, Baseball- many of the titles worked well. 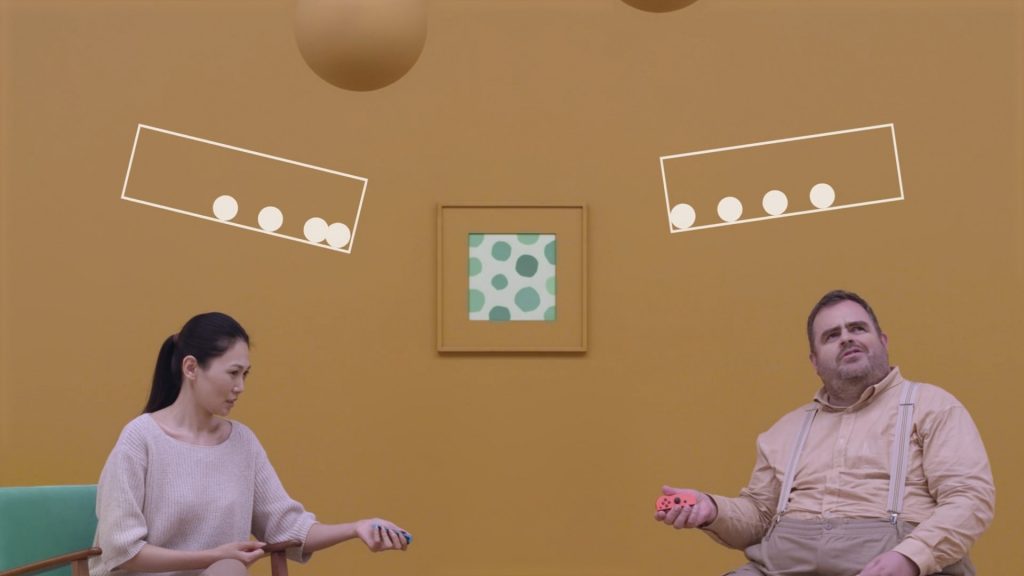 Of course, there were mini-games that don’t lend themselves to a bumpy road. Zen was no longer about who could maintain a pose- it was about whose side of the car bounced less (or who did a better job of sabotage). The ball-counting game worked fair enough, even if the engine sounds distracted and car vibrations made it difficult to count precisely, until we had to set our controllers down on a flat (hard to find in a packed car), still (impossible on the roads we were taking) surface.

All told, 1-2 Switch worked in a moving vehicle. The quickness and portability, and the virtue of screen-less play, meant everyone (save the driver) could join in, even if not every game lent itself to the set-up.

The battery wouldn’t last the whole trip, naturally, but I didn’t sit down to play Zelda. An hour of Snipperclips here, an hour of 1-2 Switch there, and the battery sat healthfully at two-thirds full. Later, when the only other person awake in the dark was the driver, I pulled the Switch out again for some Fast RMX. I blared through another hour of play, unlocking as many tracks and cars as I could for when someone else was ready to play, and my battery still suggested I could do it all again.

Even without a car charger, we made a party of the Switch. While the old GameCube/portable screen set-up was limited by bulk, and was really only accessible to a couple of players at a time, the Switch can be moved to any seat as easily as if you were passing out donuts. 1-2 Switch even allows everyone to play (again, minus the driver- stay safe!) no matter what part of the car they’re in. And the game even lets you enjoy the scenery while you’re putting the smack down in Ping Pong.

Come back later in the week to see how else the Switch accentuates a vacation, and to hear in-depth hands-on thoughts of several launch titles, including Snipperclips, Fast RMX, 1-2 Switch, and The Legend of Zelda: Breath of the Wild.

Brutal Gamer's Nintendo Editor began his gaming life a little late- at five years old. But he's made up for it in the two decades since, gaming and writing about gaming with the same passion, fervor, and unrelenting love as his five-year old self.
Previous Halo Wars 2 (Xbox One) Snapshot Review
Next Capcom releasing four more classic games onto mobile platforms