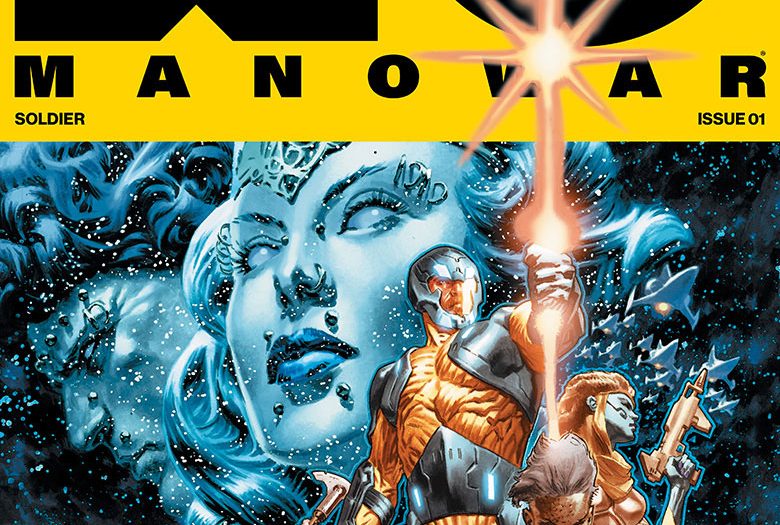 After the events of last years X-O Manowar #50, Manowar is back in an intense new book, which looks like it will only escalate from here.

With the peaceful ending to the last major Manowar arc, the question of where the same character could go hung in the air. With Soldier, the three issue introduction to the new series, Manowar returns officially on March 22. Is that debut worth the wait from the last series? You bet it is. 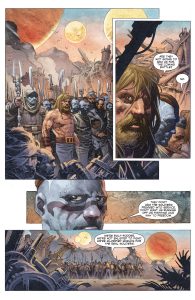 The opening pages of this issue show us an unfamiliar Aric. Gristled and worn looking, a few glimpses show us that this is indeed the same character from the end of the latest run. From here, the plot explodes forward.

Without giving anything in terms of plot away, it is safe to say that the story is not slow for long. Manowar is thrown into a new war, which he has no interest in getting involved in. Watching this play out was exciting and really reminded me of action movies where one overpowered hero paves the way for his squad to victory.

Watching Manowar walk over his enemies isn’t the exciting part. From the very beginning, I want to desperately know how he came into the condition he is in. Hopefully, the remainder of the arc will tell us how Manowar ended up in the situation he is in.

For a lot of the first issue, Manowar might seem a bit unfamiliar in terms of costume. The change pays off by the end of the book.

Throughout the first book in this new run, the writing is consistent and convincing. Expository description is not used too much, and when it is used, it is done tactfully and tastefully.

The dialogue is a joy to read, and is consistent depending on the characters doing the speaking. Each character has a specific voice, and the way they talk goes a decent way to characterizing the specific characters.

Just watching the way the characters interact, we learn about the characters. Pretty early on, we learn that Manowar is not going to be giving up in his most recent journey.

Artwork that makes you go “Whoa..:”

Yeah, the artwork in this first issue the new series is really good.

No matter what artists are depicting, it comes through clearly and spectacularly. Even if there were no words on the pages, I would have a great idea of what the mood is and what is going on. That, in my mind, is the mark of strong artwork. 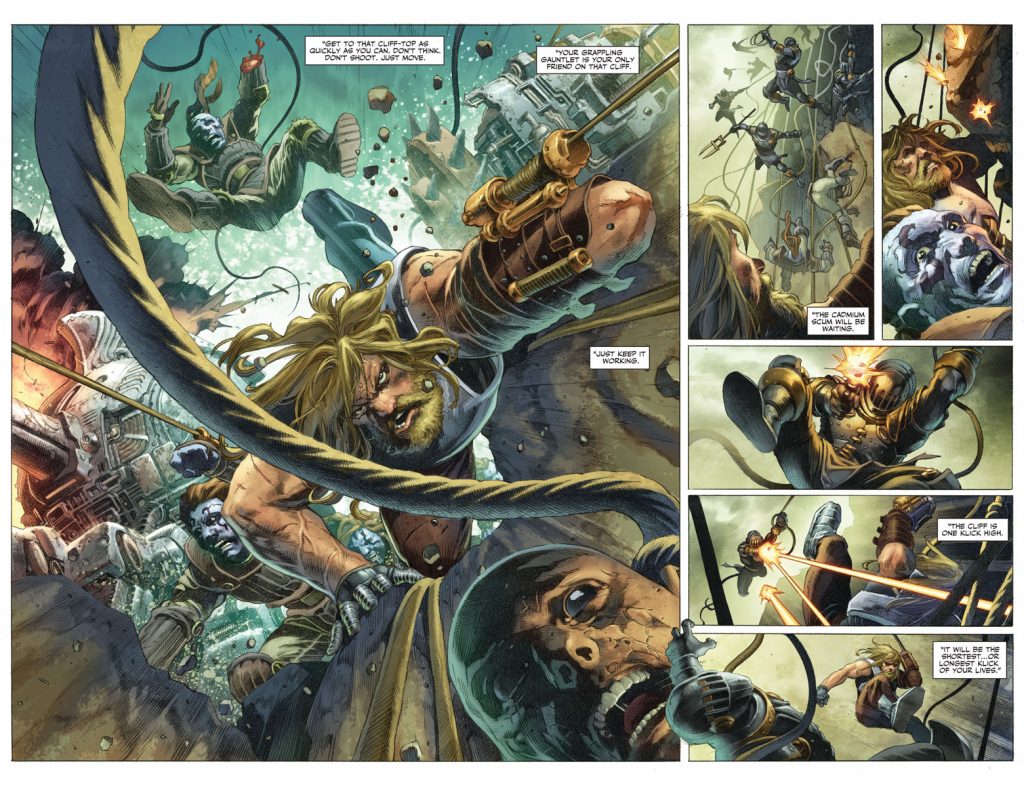 Still art tells stories jumping off of the page, and characters are detailed to a sharp and terrifying edge. Manowar himself looks great with his new look, and I can’t wait until the next issue to see what environment his next mission takes him to.

A brutal blast for Manowar #1:

X-O Manowar #1 is a smash hit, making me simultaneously satisfied with the return of a well liked hero, and also whetting my appetite for knowledge of his future.

If the rest of this new Manowar arc is as good as the first book, we are in for one hell of a ride.

X-O Manowar #1 is a huge first issue back for Manowar. Tight dialogue, crisp and clear art and a beckoning plot make the new Manowar a must read for fans and newcomers.

Erich was introduced to gaming by his grandfather before he could walk. Since then, he has grown up loving Nintendo and most games in general. He couples his love of videogames with journalism to cover news, provide reviews and tell it how it is in the gaming world.
Previous Atari Poster Book on the way from Dynamite
Next Toy Fair 2017: Square Enix brings Final Fantasy, Marvel/DC, and Kingdom Hearts