Half-Life is arguably one of the most famous and influential games of all time. Not only did it help define the modern shooter, it has become an icon of gaming. And while Half-Life 3 continues to imitate Schrodinger’s Cat fans, others have continued to work on Half-Life content. Black Mesa, initially announced back in 2005, is a remake of the classic Half-Life. Recently, Black Mesa has been released as part of Steam’s Early Access, displaying a strong showing. Now, teaser images of the final section of the game have been released. We finally have a look into the alien world of Xen.

The majority of Black Mesa has actually been available for quite some time though. The level that has been missing, however, is the climatic conclusion of the game. Xen, the alien plane that plays home to the aliens Gordon Freeman has been fighting. The debs of the mod have stated that they want Xen to both look beautiful, and meshes technically with the rest of the game. They certainly have made it look beautiful. Hopefully we’ll be able to see how it works from a gameplay perspective soon. 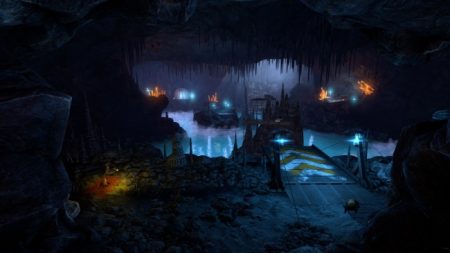