Final Fantasy XV, a game first announced as a totally different title in 2006 finally dropped a few weeks ago. The game brings with it a breath of fresh air for the franchise and genre, seemlessly blending an epic story, a larger than life world and an innovative combat system.

In a journey which took me a little over 40 hours to complete, I discovered a fantastical world of monsters, heroes and demons.

One of the most important aspects of a mainline Final Fantasy game is an epic narrative. In IV, a knight goes through a total transformation and saves the world. In fact, most games in this series revolves around saving the world. The narrative effort in XV isn’t especially groundbreaking, but it is epic.

Without spoilers, it is safe to say that XV follows similar plot points to older games in the series. The main character and his party, in this case a group of close friends, work to unravel a mystery and fight against the odds.

This isn’t where the game is groundbreaking, though. 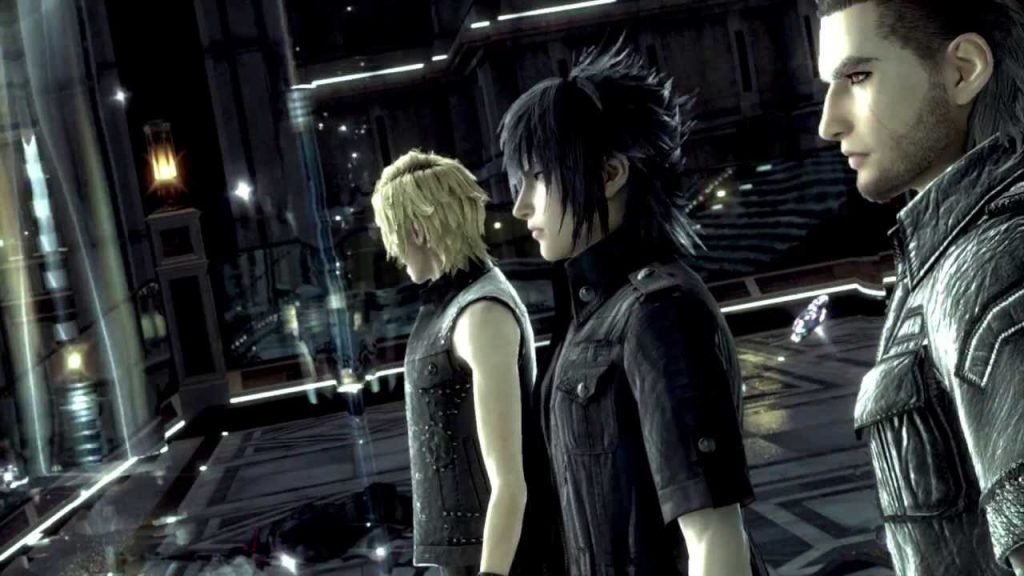 One narrative point I will mention occurs towards the end of the game. Without spoilers, I can say that a huge change comes to the world of Eos. This is jarring, and a little dislocating for the player, but didn’t ruin the experience for me.

Even though the main quest is a little short, the mission of the main characters still felt like an epic journey.

When you play a Final Fantasy game, you go into it knowing that you’re going to be spending a lot of time learning and perfecting the combat system. This is especially true in XV where the combat system is real time.

I was a skeptic when I first heard of the real time battle system. Having grown up playing older Final Fantasy games, I was worried the game would feel too different and not be a true Final Fantasy for me. Within five minutes of playing, though, those fears were completely erased and replaced with yearning for more and more combat.

Players only control Noctis. In battle Noctis can teleport strike, and use any weapon type in the game. Add into this that he can phase through enemy attacks, and combat ends up looking a lot like something you could find in one of the Batman games when it is pulled off well. Players can seamlessly switch weapons based on the enemy they are fighting. 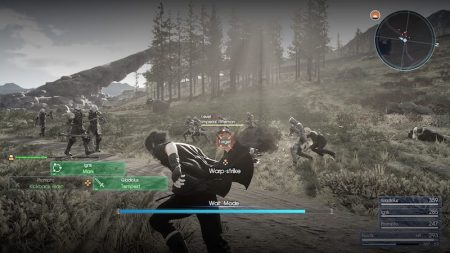 Outside of combat, players can craft magic based on elements they absorb in the game world. Combined with other elements and items, these items become incredibly powerful, and allow you to unleash devastating attacks on enemies.

In terms of gameplay outside of combat, players run and drive around the overworld undertaking quests. One of the neat introductions to the game, however, is the way in which players level up. To level up, you need to camp or sleep in a type of hotel. Hotels cost money but give you a bonus to experience, and camping allows one of the party members to make food for stat bonuses.

There is also a neat fishing mini game, where Noctis can catch fish. It’s a pretty deep mini game that best mimics true life fishing in any game I have played where fishing isn’t the main focus.

Graphical and Auditory Design is Strong:

Final Fantasy XV is one of the best looking games I have seen in a long time, maybe even ever. There really isn’t too much more to say for it other than that. The environments all look great and even small things like environmental details and character models look great.

The auditory design is one of my favorite parts of the game. The music in itself is beautiful, right down to the cover of “Stand By Me” by Florence and the Machine. The detail that really puts this over the edge for me is the way in which players can collect music from old games in the series and listen to that at any point in the car, or on foot by purchasing the mp3 player.

Final Fantasy XV does a great job of combining a strong relationship between main characters and an epic quest to make a compelling experience. A lot of the story could use to be fleshed out a little more, but I was happy with the overall product.

It is important to mention that as of press, a new update adding New Game+ arrived for the game. More DLC and updates will be coming over the year as well.

Final Fantasy XV does what it needs to do to introduce Final Fantasy for a new audience. This new style is one that can hopefully sustain the franchise for years.

Erich was introduced to gaming by his grandfather before he could walk. Since then, he has grown up loving Nintendo and most games in general. He couples his love of videogames with journalism to cover news, provide reviews and tell it how it is in the gaming world.
Previous Marvel’s Holiday Gift Guide is packed with super-heroic goodies
Next Black Mesa Teases the Alien Plane of Xen