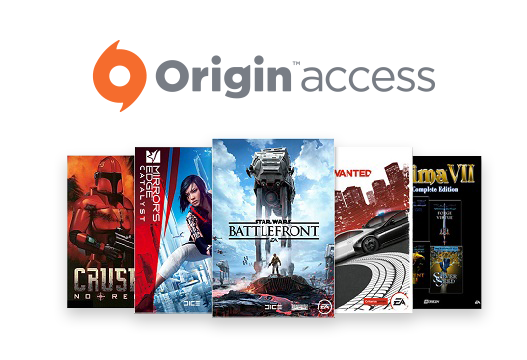 Origin Access grows yet again with MIrror’s Edge and more

EA’s ‘game all you want’ PC subscription service is adding a bunch of cool games for later this year.

Well I like where this is heading. EA looks to be adding in both games old and new for Origin Access subscribers, and that’s just all kinds of neat. Of course, more than 30 games are already available on the service, for you to download and play to your heart’s content. And that’s not even counting the Play First Trial of Battlefield 1 that hits on October 13. Pretty nice little bonus that.

In addition to playing the game too, members will get their progress carried over to the actual game, when it arrives on the 21st. Oh and you’ll even get 10% off just for buying it on Origin. Not too shabby. But I digress, because this story isn’t about Battlefield. And there are some awesome games to mention.

For more information about Origin Access, and member benefits including a 10% discount on EA digital purchases, please visit https://www.origin.com/store/origin-access.

Yeah there’s some fine print in there, but those are some top-notch titles with Battlefront and MIrror’s Edge. And although they might not have aged all that well visually, the Crusader games are highly recommended. Seriously, I loved those things back in the ’90s.

Now, it should also be noted that all of the above are bot available right this second. EA says that they’ll all be added in for subscribers “later this year”. Really though, there’s only a few months left to 2016, so you can expect them all at some point in that time frame.

Jason's been knee deep in videogames since he was but a lad. Cutting his teeth on the pixely glory that was the Atari 2600, he's been hack'n'slashing and shoot'em'uping ever since. Mainly an FPS and action guy, Jason enjoys the occasional well crafted title from every genre.
@jason_tas
Previous NYCC 2016: DC announces Batman ’66/Wonder Woman ’77 crossover
Next NYCC 2016: Ninjak vs The Valiant Universe official