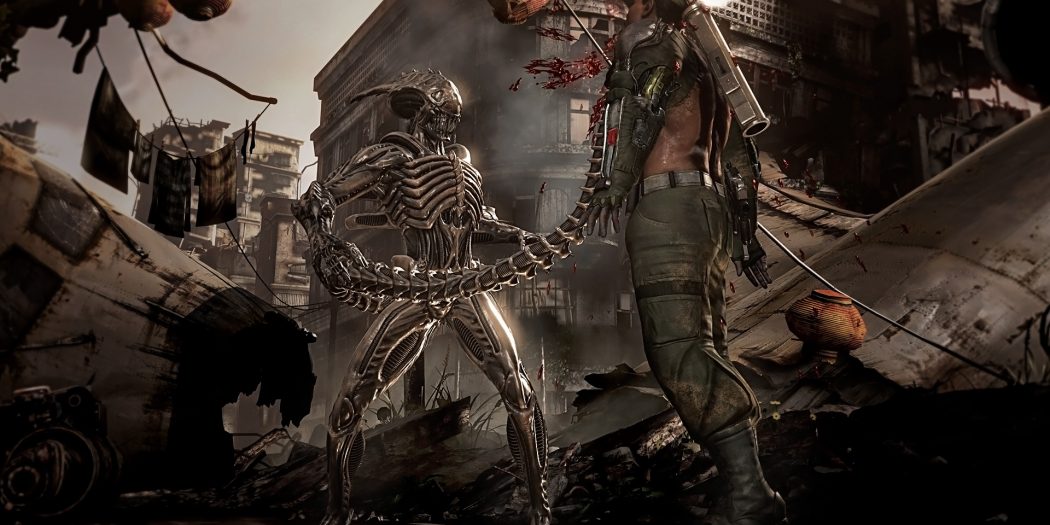 Time to finish him- Mortal Kombat XL is here for PC

Finally, NetherRealm’s ultimate edition of Mortal Kombat X has arrived on the PC.

Out for a while now on consoles, MKXL is a kind of ultimate edition of Mortal Kombat X. A massive reinvigoration of the classic fighting game series, MKX is brutal, gory, and hits all the right notes for MK fans. Basically, MKXL is more of what you loved form the ‘original’.

Adapted for the PC by developer QLOC, Mortal Kombat XL includes al the already released DLC for the game. And that means you get all of the costume packs, and all the additional characters that weren’t on the original version. That might not sound like a ton of stuff, but it actually is. MKX’ downloads were actually spread out over two ‘seasons’ of content, and the extra fighters are all kinds of cool.

Here’s what you get, in addition to the original game

Published by Warner Bros, Mortal Kombat XL is available right now via Steam on the PC. Have the original and don’t really want to upgrade? then you’ll  be happy to know that fresh net code is available for you to download for free. It’s included in the latest patch, so if you’ve go that, then you’ve got the enhanced code.

Jason's been knee deep in videogames since he was but a lad. Cutting his teeth on the pixely glory that was the Atari 2600, he's been hack'n'slashing and shoot'em'uping ever since. Mainly an FPS and action guy, Jason enjoys the occasional well crafted title from every genre.
@jason_tas
Previous NYCC 2016: Killer Instinct comes to comics
Next The Unworthy Thor #1 (Comics) Preview