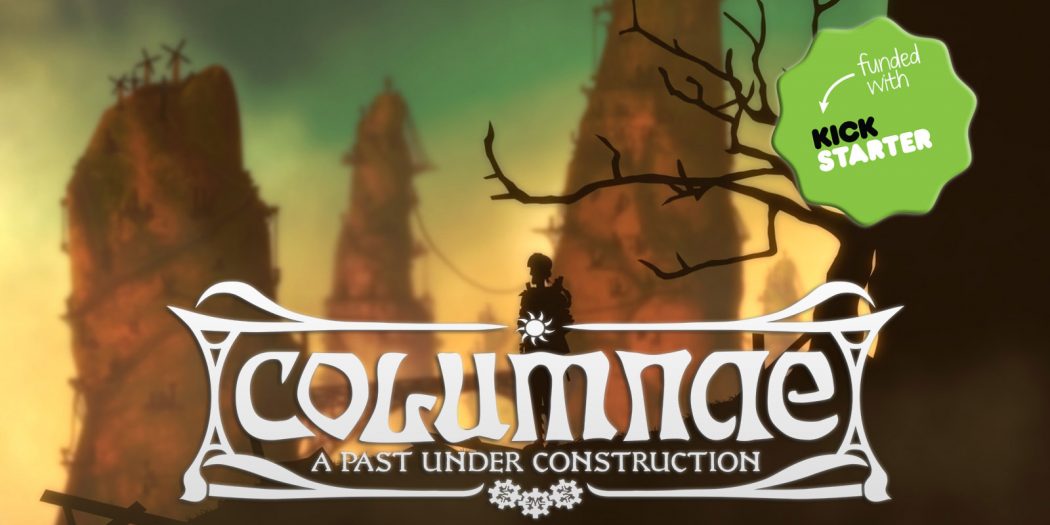 Columnae: A story-driven, point and click adventure set in a post-apocalyptic steampunk world has completed its kickstarter campaign successfully. 1,039 backers pledged €41,807 to help bring the Columnae project to life.

The gaming industry has been blessed with lots of post-apocalyptic games. From nuclear-tinged wastelands to abandoned cities full of zombies. Some of them were quite similar and repetitive, while some of them really gave the experience as real and immersive.

The Moonburnt studio’s COLUMNAE title also aims to be one of the post-apocalyptic games to amaze the gamers with its ahead of time story and promising gameplay.

Columnae is set in a world ruined by a gradual environmental catastrophe, that left the surface of the Earth uninhabitable. The story is focused on the world plagued by corruption, political manipulation, power struggle and poverty.

Along with the nonlinear point and click adventure, the game also introduces a concept of retrocausality. This allows the player to affect not only the future but also the past of the main character and the world surrounding him.

The campaign was launched at the beginning of July with goal of €40,000. For a time, it was stressful for backers as well as for the project creators with the goal. But because of the more efforts from developers as well as the backers in last few days, Columnae reached its goal.

The full game is scheduled to be released early 2018 for PC, Mac and Linux. Even though the date seems to be far away, it’s definitely one of the exciting and unique games to look forward in future.

Want to know more about Columnae?

So, Want to know more about the Columnae? Then checkout the BrutalGamer’s preview or get a hands on experience with the free demo.

Freelance Game Review Writer and QA Game Tester by profession, I've been in the gaming industry for past two years, following my dreams of becoming one of the skillful person and icon in gaming industry.
Previous New Hellboy graphic novel hitting in 2017
Next Sony confirms NYC meeting. PS Neo inbound?