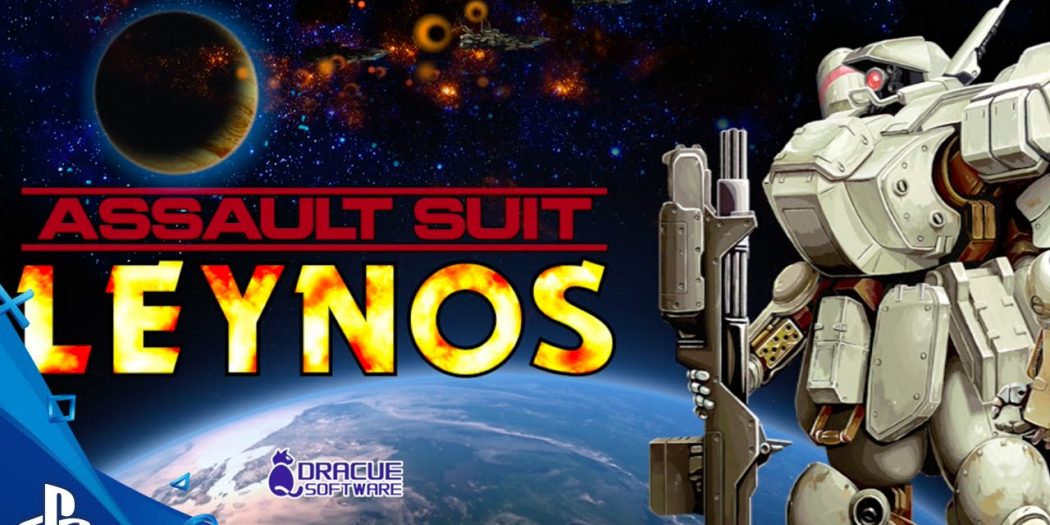 It suited up, but can it move out?

Assault Suit Leynos was a game that was released in Japan last year. It is a remake of the Sega Genesis game of the same name, known as Target Earth in the west. It finally received a western release on July 12th. Now that we finally have it, we have to ask ourselves. Was it worth the wait?

Assault Suit Leynos is a side scrolling game in which the player takes control of a mech pilot who is fighting in an interplanetary war. The game begins with an unexplained assault on one of Jupiter’s moons, and from there it’s nonstop fighting. From the depths of space to the surface of Earth, the fighting eventually decides the fate of humanity as it is attacked by unknown assailants. 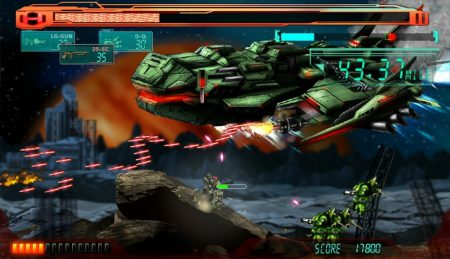 Gameplay wise, Assault Suit Leynos is very much about combat at high speed. Your mech, or assault suit, has access to a wide variety of weapons, as well as a jump pack. These two elements are combined for the core gameplay, darting around swarms of enemies and blasting away at them. All the while enemy shots need to be either dodged or blocked with a shield.

Before each level you need to pick out your arsenal, with six slots being available. The shield, jump pack and basic machine-gun all take up a spot. It is possible to leave these behind, but not recommended. The machine-gun might not be as flashy or satisfying as the rocket launcher, but it’s much safer. Mainly because the machine-gun is the only weapon with unlimited ammunition.

Each of the levels has a different approach from the last. Some require you to charge forward, others require you to be defensive, while some combine the two. Interestingly enough, there is a noticeable difference between mission on Earth, and missions in space. Movement is much more limited on Earth, with gravity forcing you to stay on the ground. In space, on the other hand, players can move about in all direction at a higher speed.

This form of gameplay is nothing short of an adrenaline rush. Flying backwards while gunning down a swarm of fighters is a unique experience that can’t be easily replicated. The variety of locations and objectives in the levels has each one feeling fresh and unique. Combined with a different boss at the end of each level, the game is a treat to play. 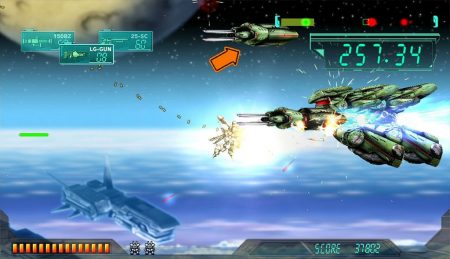 The difficulty is at just the right place to make wiping out countless enemy units feel satisfying. Very few enemies are durable, but they always travel in huge swarms. You need to constantly be on your toes and shooting at the right place if you don’t want to die. The bosses and mini-bosses are the cherry on the cake. Massive daunting beings that hard to kill but are oh so satisfying to bring down. The game can be a little too hard at times, but thankfully the difficulty is adjustable.

One of the reasons that the gameplay is so enjoyable is how closely it works with the aesthetic. Everything looks and sounds like it’s from an 80s sci-fi anime, and in a good way. Shooting the standard enemies wouldn’t be half as enjoyable if they didn’t look like they were pulled straight out of Gundam.  It truly does feel like a faithful callback to the retro days of gaming.

Assault Suit Leynos is a fun game, there’s no denying it. The gameplay is perfectly solid and zipping around shooting enemy mechs and tanks is fluid and satisfying. However, nearly everything else with the game has problems. On their own they would barely be worth mentioning, but together they add up. A dozen niggling little problems that snowball and end up making the game much harder to enjoy than it needs to be.

First and foremost, the game is awful at explaining just about everything. For some reason the tutorial and optional classic mode are under options, despite that not making any sense. I didn’t realize that there was a tutorial and went into the main game without playing it. Not that playing the tutorial would’ve made much of a difference, as it isn’t helpful in the slightest. With only three short missions, the tutorial gives unhelpful advice such as “Press the fire button to fire.” At one point it tells the player to check which button does which in a separate menu. Something has gone wrong when a tutorial tells you to look elsewhere and it ends up being more informative. 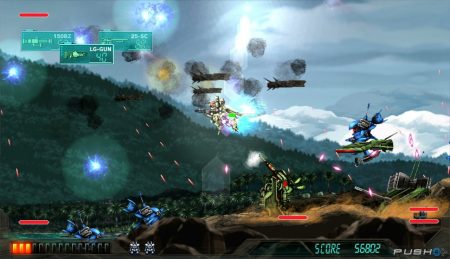 This is without getting into all of the tiny things that are never explained. Equipping armor effectively gives you an extra life, but the game never tells you that. The game also doesn’t tell you what you did to earn extra points at the end of each level. It only gives you vague hints, such as “Rust Proof” or “Best Defense is a Good Offense.” Some of these can be guessed by looking at achievements, but only some.

Secondly, the game’s story is rather lacking. This is actually a shame, because there are very good concepts in it. The problem is that plot moves at such a breakneck pace that its hard to feel worried when the balance of power in the war keeps shifting. We never have time to learn about either side outside of skin deep ideologies.

There are quite a few characters, but none of them ever get any major development. It’s so bad that half of them don’t even get names. At best they feel like archetypes from old mech anime and nothing else. The main character is supposed to have an implied romance with a blue haired woman, but they rarely talk. It all feels like wasted potential.

It’s made slightly worse by the translation being a little on the shoddy side. One character who was a major in one sentence is referred to as a captain a few sentences later, a character talks about something behind “us” when by himself, and an is used when a should have been. Small little things like that are present. 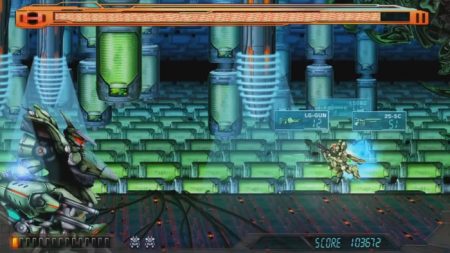 To cap it off, there are other assorted annoyances. The game’s achievements don’t seem to work most of the time, only two unlocked for me. Not paying attention after dying can cause the whole level to reset if you don’t hit continue in ten seconds. The game feels a little short for a twenty dollar price tag, and lowering it just a little would’ve been better. Lastly, the game crashed on me once.

As said before, on their own these problems would just be little annoyances.  Barely worth mentioning.  But all together, there’s so many of them that at least one problem is going to be slapping you in the face every minute or so.

Assault Suit Leynos has a lot of problems, but these problems don’t make it a bad game. They do, however, keep it from being a great game. There are good times to be had in the levels of Assault Suit Leynos, but players need to wade through tiny frustrations to get there. Combined with a slightly high price tag, this is a game that doesn’t deserve hatred, but requires caution. It’s a shame. It felt like it could have been so much more.

Assault Suit Leynos has gameplay that deserves to be in a much more well put together game.