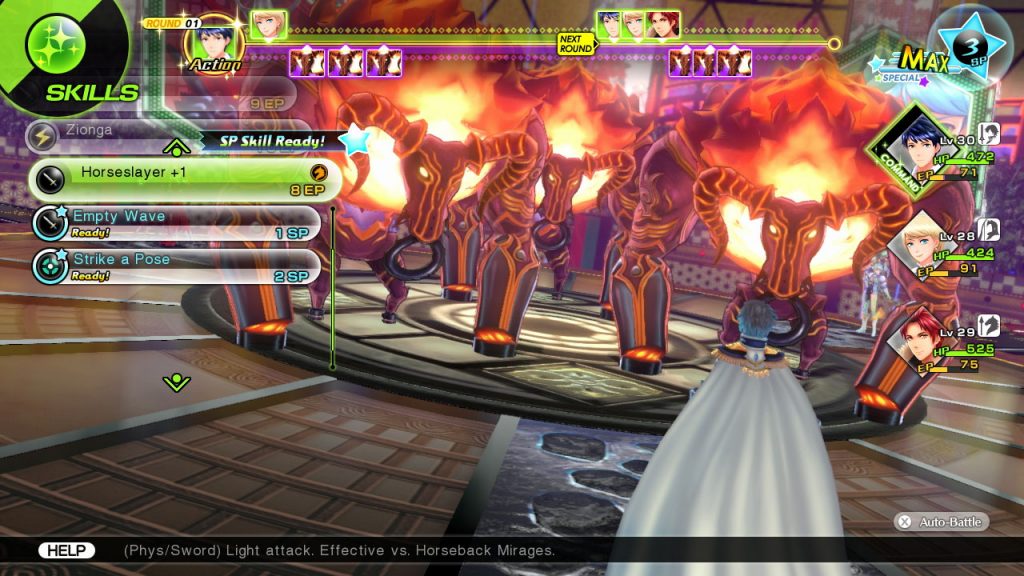 For those worried about Tokyo Mirage Sessions #FE being unrecognizable in regards to both its pieces, worry not.  The pieces are in place.  The battle system is decidedly SMT, with the focus on discovering and exploiting weaknesses you’ve come to expect, and its own unique take on the demon-slaying grind that makes every choice in leveling feel like it has significant weight.  Fire Emblem inspires that weakness system with its own Weapon-Triangle, and suddenly every encounter is no longer a guessing game.  If an enemy holds a sword, you know it’s time to bring out a lance, and if they’re swinging an axe, bring out the sword.  But it goes further than that- Fire Emblem brings with it weapons that are good against specific types of enemies, and this translates to skills like Espada and Diamondsplitter, which deal extra damage versus mounted and armored items, respectively.  The eyes tell as much as experience now, and it translates well into the traditional SMT battle system.

SMT brings its own demons to the table, monsters that will force you to test out weaknesses and strengths with every new discovery, and the system works as well as ever.  It brings its spells to bear too, and players will recognize offensive spells like Agidyne and Bufu, as well as buffing and debuffing spells like Tarukaja.  Players who’ve been with the franchise before, even only as far back as SMT 4 on the 3DS or Persona 4 Golden on the Vita, will feel perfectly at home with Tokyo Mirage Sessions #FE. 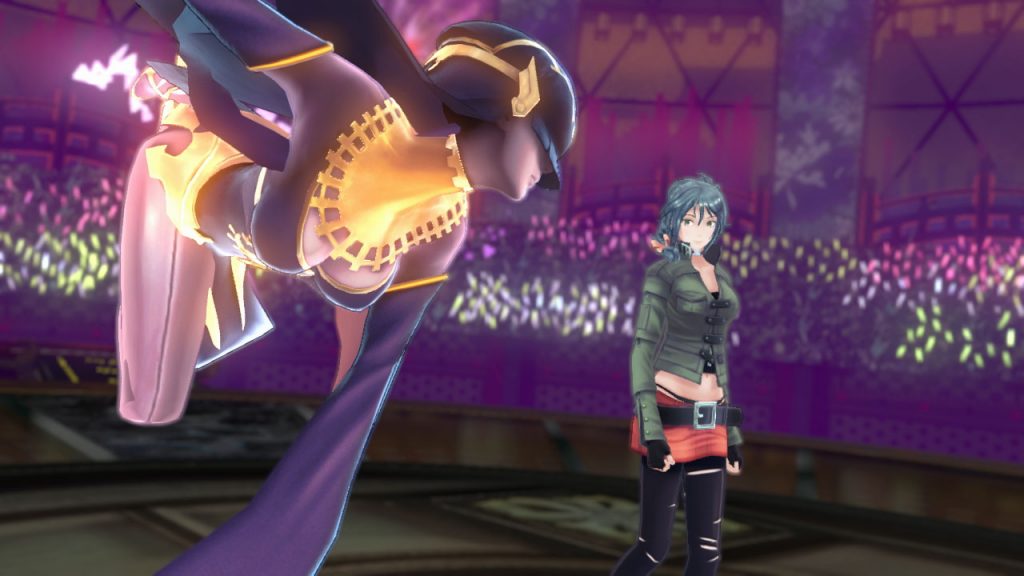 Tokyo Mirage Sessions #FE tells a tale of a talent studio that pushes idols to the populace, while those selfsame idols (of varying levels of fame and talent) utilize their “Performa,” a power directly related to their abilities on stage, and “Mirages” behind the scenes to do battle against demons in the “Idolasphere,” who are try to drain “Performa” from the general populace in order to end the world.

There are a hearty amount of Fire Emblem references that expand on that premise, such as those afore-mentioned “Mirages” that bond themselves to the line-up of idols (who sing and act both).  Each “Mirage” is a Fire Emblem character from either the original title or Fire Emblem: Awakening, including the likes of Navarre and Chrom.  Their missing memories help drive the story, as does Tiki, who has devolved into a five year old child and now supports the members of Fortuna (your talent agency) in their quest to save lives.

If you can’t stand Japanese idols or Japanese pop music, then you’re probably best off skipping Tokyo Mirage Sessions #FE, as the narrative uses music videos as payoff for your good deeds, in both side-quests (where you help your party members discover and hone their talents) and the main-story.  If you enjoy those two things, then Tokyo Mirage Sessions #FE will delight, as the pop music is decidedly good, and for every time you hear it, it’ll be only further cemented into your ears.  Exploring the lives of the pop idols is enjoyable (even though I don’t generally find interest in the subject matter), and the dungeons they inspire are rife with interesting puzzles and evocative aesthetics. 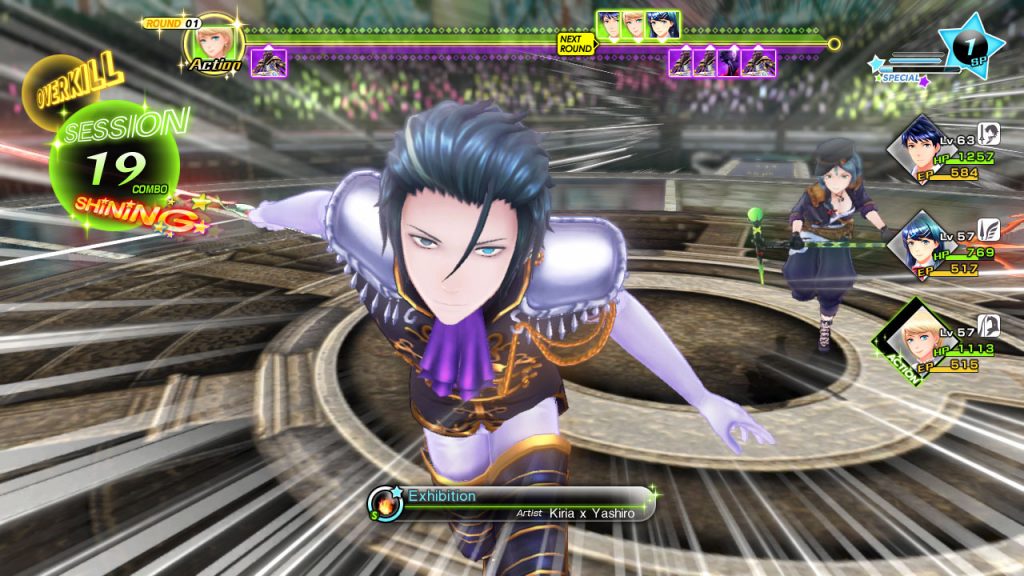 Of course, not too evocative in the localized version, as NOA has a reputation to keep.  But the visual changes (ie: more clothing) are not awful, or particularly noticeable save a dungeon that switches bikini pin-up photos for tamer street fashion.  There are other minute issues with the localization, but they’re hardly noticeable if you aren’t looking out for them.  The lack of an English voice over may seem a lazy choice at first, but it’d be hard to listen to them try to mirror the Japanese pop with their own takes, or jarring to switch from English to Japanese just for those music videos.  Besides: the game’s niche and setting are decidedly Japanese, so if there was ever a time a title could get away with subs being the only options, it was this one.

More interesting than just the story are the mechanics the idol skin brings to the SMT battle system.  The aesthetic of every battle is a fascinating blend of coliseums (that you might find in Fire Emblem itself), and stage performing.  A surrounding, cheering crowd and bright, flashy maneuvers combine to turn every fight into a performance, and the constant lights and chatter serve the aesthetic well (though no in-battle chatter is subbed, the lines are simple enough where you’re not really losing anything).  Whenever a character in your party strikes an enemy’s weakness, they open up the opportunity for the rest of the party to follow up with Session Attacks, turning an attack into a combo as your entire party wails on your enemy.  Enemies can make Session Attacks too, which brings SMT’s focus on playing weaknesses and resistances only more to bare.  It’s a fortunate thing you can change your active party members every battle (and you certainly will, even on easier difficulties) to take advantage of the battle system, and to prevent yourself being taken advantage of. 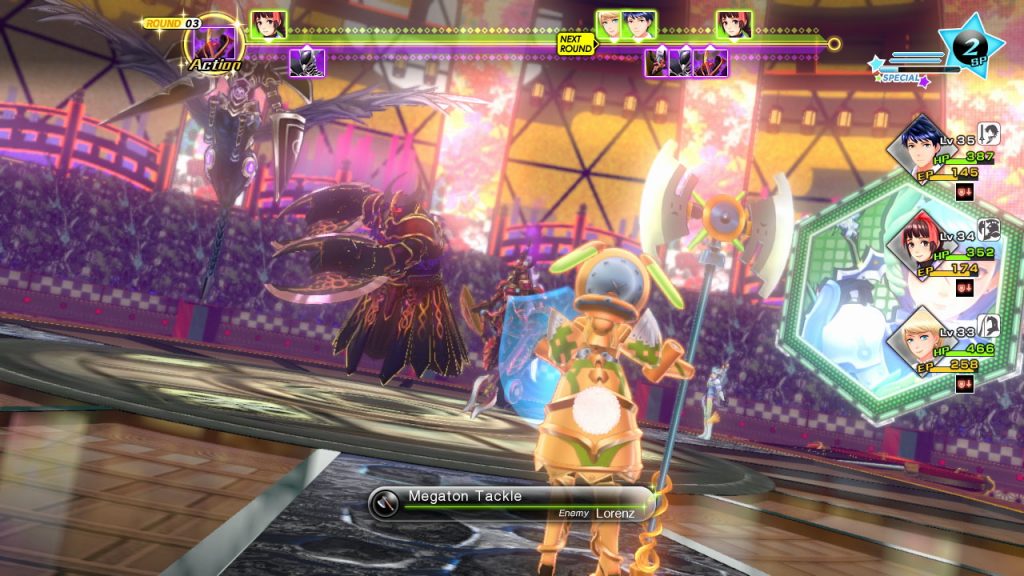 Those Session attack combos can go on once you’re far enough along to get your whole party involved, and more than most JRPGs, it really gives you a sense that your whole party is serving a purpose, and not just the handful you might usually choose to stick to.  In the later game, those combos can be extended even further with Duo Acts with powerful effects like damage versus entire teams, status effects, and even heals for your active party.  Those Duo Acts don’t come on command (nor do Ad Lib Performances which randomly replace your chosen command with more effective attacks- both are unlocked via story progression and side-quests), and are instead reliant on Luck.  Ensuring combos do extend (I’ve gotten as high as 19 hits) is reliant on your skill acquisition, as characters will only follow up a sword attack if they’ve got the right Session Skill lineup.  On higher difficulties, Tokyo Mirage Session #FE really ensures you use everything at your disposal, from Session Attacks to items, and when a situation is particularly dire (see: boss fights), hugely powerful attacks that expend SP, Session Points acquired over the course of a battle by player actions.

The Gamepad is put to good use as well, displaying an especially handy map as well as a communication app that keeps you up to date on how your party members feel as they text you often with often entertaining lines (as well as silly stamps).  They’re also not shy about telling you where to go when you’re backtracking into old dungeons for side-quests, which is appreciated, because retreading your steps in search of a shiny ore might otherwise get real old, real fast.

But Tokyo Mirage Sessions #FE, even with its lengthy, flashy combos, doesn’t overstay its welcome.  Yes, side-quests bring you back to the dungeons you’ve already mastered.  Yes, the game’s story even puts you back through paces you’ve already been, and yes, the constant traveling back to Fortuna’s offices to take advantage of new Radiant and Carnage Unities (ie passive skills and forged weapons) can get a little annoying, but Tokyo Mirage Sessions #FE is over after about 45 hours.  Satisfying, even lengthy, but not arduous.

Tokyo Mirage Sessions #FE takes two disparate and fantastic franchises and sums up their mechanics with an idol exterior.  If you love (or can even bear) Japanese pop music and idol culture, then that formula adds up to an enjoyable RPG.  If you don’t (and can’t), then it may be best to skip it, unless you’re so eager for a solid JRPG that you can stomach the cuteness and peppiness of singing anime girls nonetheless.  In that case, keep an eye out for the cool ways in which Fire Emblem permeates a unique modern day Shibuya, and enjoy the fine fighting mechanics and strategies on offer.  Who knows: maybe you’ll even grow to love the solid Japanese Pop choices.

If you don't hate idols, you're in for a good time. Addicting and flashy battle mechanics are backed by an aesthetic delivered to a T.

Brutal Gamer's Nintendo Editor began his gaming life a little late- at five years old. But he's made up for it in the two decades since, gaming and writing about gaming with the same passion, fervor, and unrelenting love as his five-year old self.
Previous Assault Suit Leynos (PS4) Review
Next Batman: Arkham Underworld debuts