Paragon is a third-person MOBA game from EPIC games. I played the game during the early days of the paid beta so bear in mind that what I experienced may be different for its commercial (free to play!) launch in the near future.

Visually speaking, Paragon is extremely promising precisely because it looks amazing. I played the game on the highest settings and it truly felt like a next generation title because of how gorgeous everything looked. The character designs are great, and everything that I saw in Paragon reminded me of a beautiful mixture between the best of Western RPGs and Japanese RPGs. Essentially Paragon, at its beta build, looks gorgeous enough to be a pay-to-play game. 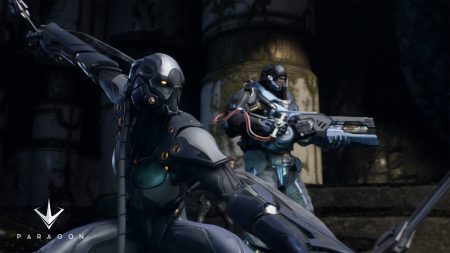 In the midst of all this positivity though, a negative aspect are the shadows in the game. I’ve seen a lot of comparison videos on the internet and most of them agree that Paragon’s shadows aren’t as up-to-par as everything else. Of course, there’s still time to change that as we’re still in the beta period.

The music and voice acting though, are great. Similar to other MOBAs like League of Legends, one thing that really helps me invest in the game are the characters themselves. I find myself unable to sympathize with poorly conceptualized characters, but I never had that problem with Paragon.

Granted that the majority of the characters tend to look or play like characters from other MOBAs. Even so though, I like how Epic Games designed their characters in a way that felt familiar, but at the same time entirely brand new.

Paragon’s musical score is amazing. I’ve said it time and time again, the execution of a game’s soundtrack can make or break the game entirely. One of the best games to ever incorporate sound into its gameplay is The Witcher 3 and it was great partly because of that.

Paragon did just that too, but with its own twist. Instead of immersing the player with a dramatic score, Paragon tenses the player into feeling heroic. The game adjusts the music depending on the current situation of the match – and I found that amazing. 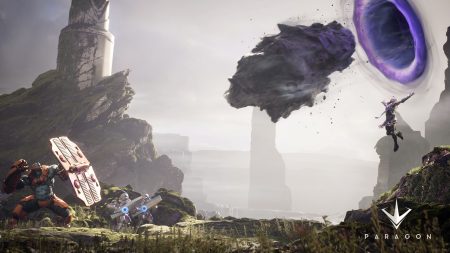 Gameplay-wise, Paragon is a third-person MOBA not unlike Smite. There are neutral monsters, a jungle to farm in, objectives, and a diverse cast of characters that are all free to play. Okay, I lied. With what I’ve played on Paragon and with what I experienced with Smite (and I played a lot of it), Paragon essentially is Smite… yet even better in its own ways.

The cost of running Paragon, however, is quite high. At least it is if you’re looking to play it with high graphical settings. The good thing about the game however, is that it is just as playable on low-spec computers as it is on high-enders or consoles. It won’t look as good, but it’s still far from ugly.

So is Paragon good enough to play even now? Definitely. It has set a new standard which MOBA games should look up to and aspire to be; truly a Paragon amongst MOBA games. Okay, no more puns, I promise.

Benj likes video games, neckties and scotch. His favorite games include Resident Evil 2 and Final Fantasy VIII. You may contact him at [email protected]
@ggburroughs
Previous SDCC 2016: nickelodeon slimes the Con with Double Dare and more
Next CoD Zombies gets its own comic from Dark Horse