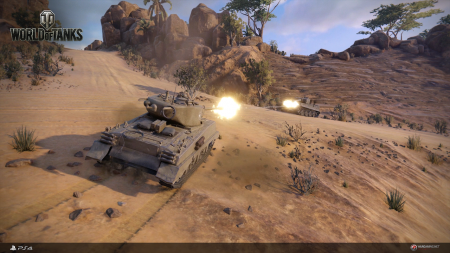 World of Tanks is a massively multiplayer online game that deals with two things: Guns and Tanks. And the best part is that this awesome game is available on many platforms from PC to the consoles, each with their varying strengths and weaknesses. For this review however, we will focus on the PS4 version of the game.

Graphically speaking, World of Tanks is an older game and looks it. However, it translates well to the PS4 as the developers tweaked the Xbox One release to make the PS4 version every bit as good as the already impressive other current-gen version. The models look great and each and every tank available in the game resemble its real-world counterpart to a reasonable degree.

Each level, or stage if you prefer, in the game is rendered beautifully on the PS4 and this helps as most games of WoT begin with period of “feeling out” the enemy team, where you engage in long ranged artillery bombardment, while slowly making your way towards the various objectives. I also appreciated the great-looking effects on the explosions, as they made the game just that more “realistic” compared to other shooter titles. Also do note that World of Tanks is a unique experience in the shooter-genre, at least that’s how I felt while playing. 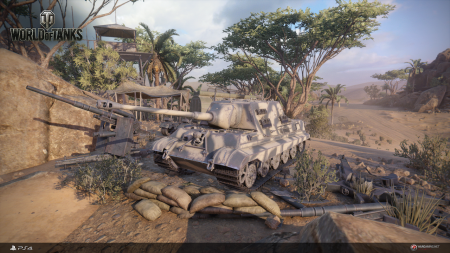 With regards to the music, sounds and other SFX, there really isn’t anything worth noting in the game except marveling at the engineering it took to replicate the sounds of the various tank units in play. I’ve played a lot of games where tanks and guns and explosions were involved, but I really appreciated the SFX-work in World of Tanks. Developer Wargaming Minsk upped the ante by making the game’s already Hollywood-worthy sounds better by remastering the SFX found in the original World of Tanks release from the PC a couple of years ago.

Control-wise, World of Tanks is a tank-control game similar to the original Resident Evil games, where you move, stand-still then shoot. By all means this is the perfect control method for the game but the PS4 controls felt intuitive enough to not be annoying or clunky.

There really isn’t any worthwhile tutorial to talk about, but you are given the prerogative to play a few games against bots to learn the ABCs of things, and I felt that that was enough. I do feel that this approach won’t fare well with newer or more casual gamers, but the appeal of World of Tanks is enough to hook players in the moment they play and develop their first tank.

Gameplay-wise, World of Tanks is essentially a squad-based shooter that requires very little strategy (at least for the lower ranked games), but a cohesive team that will stand by you as you move towards the varying objectives (or simply destroying enemy tanks) in the game. 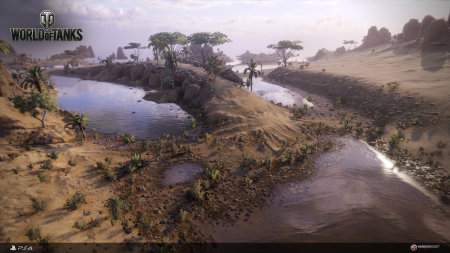 There are a lot of beautifully rendered maps in the game too, with their own objectives such as: 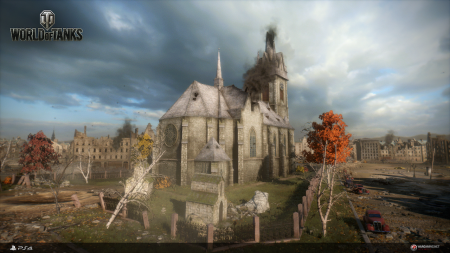 World of Tanks also has an incredible customization feature wherein players may purchase, customize or level up the dozens of tanks and commanders, with each of their own strengths and weaknesses. As someone who enjoys these sort of things, I really had a lot of fun tinkering with my tanks and grinding experience for my commanders as the many skills and perks changed the way I played the game, for better or worse.

All in all, World of Tanks is an older game that translates well on the current generation of consoles. The game will wholeheartedly welcome anyone who’s played a couple of shooter and squad-based games, and though it may not be beginner friendly, World of Tanks has an easier learning curve than most competitive online games.

The controls are great, the gameplay is amazing and there’s just so much to do in the game with so many tanks to upgrade and so many commanders to level up. World of Tanks is sure to keep gamers busy and happy for a long time to come.

Benj likes video games, neckties and scotch. His favorite games include Resident Evil 2 and Final Fantasy VIII. You may contact him at [email protected]
@ggburroughs
Previous Shazam! Mezco brings the big red cheese to One:12 Collection
Next Toy Fair 2016: TMNT are tops at Playmates once again