The One:12 Collective line gets an infusion of Batman and Superman. Now make with the clicking and check out the pics. 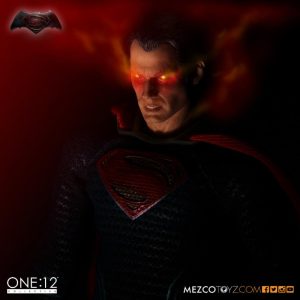 If you’re already into the One:12 Collective, then you know what to expect from these bad boys. With film-accurate costuming to accurately reflect the work of BvS designer Michael Wilkinson, a massive 38 points of articulation and loaded up with extra parts, these two figures are looking like the best toys that you’re likely to see coming out of the upcoming film.

Both Batman and Superman are created to stand in at the 1:12 scale (like the rest of the line) and have highly detailed, fabric costumes that don’t look ill-fitting or silly like most of the fabric-clothed figures out there. And as I mentioned, they come with a good deal of extra stuff too. 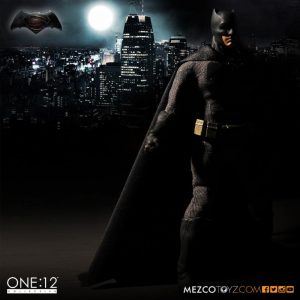 With all that cool stuff in there, you’re probably going to want to take these guys out of the boxes, and you can do that without fear of ruining the packaging too. Both figures (like the rest of the line) ship in collector-friendly boxes that have five panels with a clear acetate “slipcover”. So display away.

The figures hit in June just after the Batman v Superman: Dawn of Justice film opens in theaters, and you can indeed pre-order both of them right now- click here for the links.

Jason's been knee deep in videogames since he was but a lad. Cutting his teeth on the pixely glory that was the Atari 2600, he's been hack'n'slashing and shoot'em'uping ever since. Mainly an FPS and action guy, Jason enjoys the occasional well crafted title from every genre.
@jason_tas
Previous Battlefleet Gothic: Armada tells its tale in new trailer
Next GOG starts up early access ‘Games in Development’ program