Nintendo preps Holiday tour, talks up games of the season

Nintendo is focusing on its release schedule for the remainder of the calendar and has set some dates and locations for its annual gaming tour. 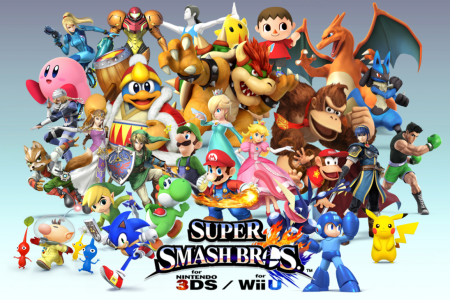 16 malls across the US will play home to Nintendo’s Holiday preview ‘arcade’. The popup event makes the rounds every December, and this one will be no exception as the company will have games for both the Wii U and 3DS on hand for you to play and view while you take a little break from Holiday shopping.

Games you can try out for the 3DS include:

And for the Wii U:

In addition to all of the above, you can also see plenty of Amiibo at the kiosks, pick up some freebie giveaways, get coupons for cash off of Nintendo products at Toys R Us stores, and even nab a Nintendo Holiday Gift Guide for yourself – all while supplies last of course. You can also find Nintendo gurus on hand, who’ll be more than willing to make some holiday recommendations for gifts this Season.

So it’s a pretty packed house for fans to check out while the Holiday shopping season will be in full swing. Here are the places where you’ll be able to check it all out:

For more on Nintendo’s Holiday happenings, and to make your own wish lists, click here.

Jason's been knee deep in videogames since he was but a lad. Cutting his teeth on the pixely glory that was the Atari 2600, he's been hack'n'slashing and shoot'em'uping ever since. Mainly an FPS and action guy, Jason enjoys the occasional well crafted title from every genre.
@jason_tas
Previous New teaser art emerges for Fox’ X-Files revival
Next FPSFreek Call of Duty: Black Ops III thumbsticks (Hardware) Review