While a lot of people were disappointed to see a lot of features cut from SW: Battlefront, this newly released footage is making it look like it will still be a game worth checking out. Update: And it’s gone 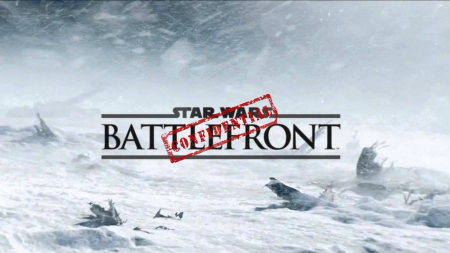 Update: It looks like the footage has been pulled by EA, citing a breach of contract. So that’s it folks, hope you saw it while it was there.

You watch more of the survival mode that Sony revealed at E3. In this footage you will see someone fight wave after wave of Imperials as a lone Rebel.

For all you multiplayer fanatics, there is some eye candy for you as well. I got a very Destiny meets Battlefield: Bad Company vibe from the video.

Did you spot something in the video that you haven’t heard about the game yet? Let us know in the comments.

I am 24 year old whose love for gaming started with my dad showing me games like Wolfstein 3D and Aladdin. As I grew older, so did my interest in games. I would religiously read Dutch game magazines to keep up to date. Initially. What was supposed to stay as something to pass time has grown to having a love for all things gaming related.
@RickRozenberg
Previous Is Nintendo looking towards a Summer ’16 launch for the NX?
Next Red Goddess: Inner World (PS4) Review