Splatoon inks up a million copies sold for Nintendo 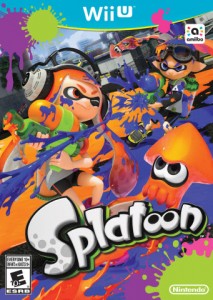 “Ever since Splatoon launched on May 29 in the United States, we’ve seen thousands of people go online to have fun in this colorful, chaotic competition,” said Nintendo of America President and COO Reggie Fils-Aime. “This milestone puts us in a nice position as we prepare to launch 11 more exclusive Wii U and Nintendo 3DS games before the end of the year, plus amiibo, digital offerings and games from our third-party partners.”

Not that you could’t have seen this one coming a mile away, it is a Nintendo first-party game after all, but Splatoon as officially moved over a million copies for the Wii U. According to Nintendo’s internal numbers, the game sold 476,000 physical and digital units in the Americas alone.

The US and its neighbors were the biggest buyers of the game, with 368,000 selling in Japan, 230,000 pieces moving out in Europe, and 20,000 copies sold in Australia and New Zealand combined. The big numbers for Splatoon are a welcome sight indeed for Nintendo, who hasn’t had the easiest time of ringing the million-unit bell on the latest console.

Like Reggie said in the comment above though, there’s plenty of good stuff yet to come for the console (and the 3DS too) later this  year, so don’t lose heart yet Nintendo fans.

Jason's been knee deep in videogames since he was but a lad. Cutting his teeth on the pixely glory that was the Atari 2600, he's been hack'n'slashing and shoot'em'uping ever since. Mainly an FPS and action guy, Jason enjoys the occasional well crafted title from every genre.
@jason_tas
Previous The Witcher: Fox Children #4 (Comics) Review
Next Ant-Man gets Marvel Select figure from DST