Dr Who, Portal and more confirmed for LEGO Dimensions

The upcoming LEGO toys-to-life game is going to have a lot of licensed expansion packs… like a lot. 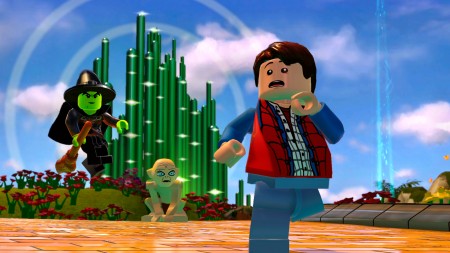 The likes of The Wizard of Oz, Lord of the Rings, DC Comics, and Back to the Future were already announced for the game, which runs along the familiar toys-to-life category lines with the exception that there’s building to be done. But now Warner Bros has revealed that the stable of expansions will go a lot deeper than the above.

The Simpsons, Portal (yes, that Portal), Jurassic World, Scooby Doo, and… Dr Who will all be included as building/figure packs that you can add onto the base game. And this is just the first round or two of sets by the way. Warner Bros has a deep set of properties, all of which are apparently ripe for inclusion in LEGO Dimensions, and a good chunk of which are fan favorites (personally, I’m hoping for Blade Runner).

There were product shots of al this leaked onto the web, but the pics are long gone as of now. They were from the instruction booklet for the game though, so we know this isn’t just a rumor. You can actually have a look at the Dr Who set on the link below, and as usual, we’ll have the shots of the rest as soon as they officially surface.

LEGO Dimensions is expected to hit consoles this Fall.

Jason's been knee deep in videogames since he was but a lad. Cutting his teeth on the pixely glory that was the Atari 2600, he's been hack'n'slashing and shoot'em'uping ever since. Mainly an FPS and action guy, Jason enjoys the occasional well crafted title from every genre.
@jason_tas
Previous The Witcher 3 busts through the million pre-order threshold
Next Rumour: Fallout 4 Imminent