Home / News / Have you pre-loaded Super Smash Bros on Wii U yet?

Have you pre-loaded Super Smash Bros on Wii U yet?

Nintendo has announced that Wii U gamers can now pre-load the hotly anticipated fighting game onto their consoles so they’re ready for launch day. 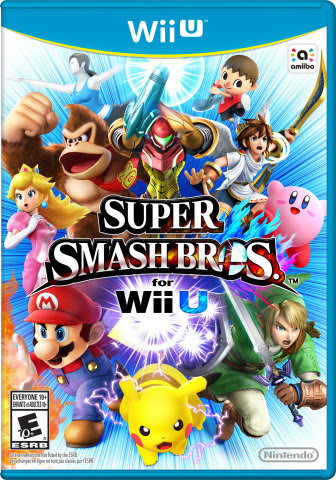 If you’re one of the legion of Nintendo faithful who’re waiting patiently for Super Smash Bros on the Wii U to arrive, you’re getting very closer to that fateful day. Nintendo has announced that those who wish to purchase the game digitally through the Wii U’s eShop, can now download the majority of it onto their consoles.

Pre-loading has been around on the PC for a while now, and the Xbox One and PS4 have both adopted the practice as of late, so chances are that you’re somewhat familiar with the idea if you buy your games digitally  to any great degree. All you need to do to take advantage is to buy a game code from a retailer or directly form the eShop. Once your download is complete, all it’ll take is the quick addition of a tad more DLC at the time of launch, and you’ll be playing.

This is pretty much the fastest way to get Super Smash Bros too, so if getting that little extra time in with the game matters, this is the route you want to go down. Super Smash Bros hits the Wii U on November 21st.

Jason's been knee deep in videogames since he was but a lad. Cutting his teeth on the pixely glory that was the Atari 2600, he's been hack'n'slashing and shoot'em'uping ever since. Mainly an FPS and action guy, Jason enjoys the occasional well crafted title from every genre.
@jason_tas
Previous Square Enix Releases HD Walkthrough of Final Fantasy XV
Next Target Acquired: Interview with Game Producer Ronald Widjaja and C.E.O. Anton Soeharyo