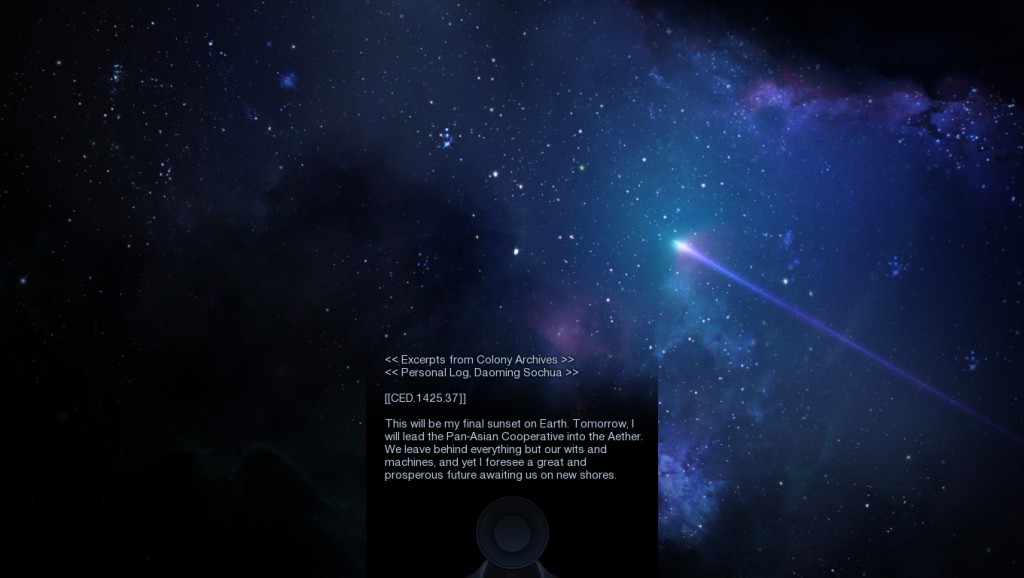 Firaxis went in a new direction with Beyond Earth and it feels like the next logical step. The structure for how a new game starts amplifies the feeling of creating a colony on an alien planet. This new world is filled with strange alien lifeforms and new resources that are completely different from Earth. The initial learning about the new resources, units, and buildings is exciting. In many ways this game breaks from its predecessors. Beyond Earth adds affinity, the ideology of how the civilization will interact with the new planet, and it is integral to gameplay. The beginning of a Civilization game is one of my favorite moments and this game is certainly no different. It captures the notion of possibility, which Firaxis perfected. It is not until later in gameplay that the game peters out.

One of the defining features of Civilization games is intricacy. There are many factors to be considered with every decision and every turn, or at least that is how they were. The new victories push the focus of Civilization: Beyond Earth to only two aspects of the game: technology and affinity. These inevitably become the most important concerns because every new victory requires a wonder to be built. Domination, the only familiar victory, is the only one that doesn’t require some wonder. At least Firaxis upgraded the technology tree to a web, allowing more freedom 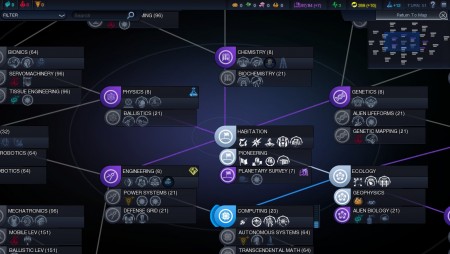 for research as well as the ability to pass over lower priority techs. The tech web is much more logical given the nature of Beyond Earth and provides more research options. The diminished importance of culture and removal of many other features also contributes to a more science focused game. Religion is gone as well as tourism, although these aren’t really surprising since they would not necessarily make sense in this environment. But happiness has been replaced by health, which can only really be affected by certain buildings and maintaining population control. Culture points are only necessary for unlocking virtues and, as much as virtues do add bonuses to a player’s civilization, they do not demonstrably affect game progression. The other aspects of the game play second fiddle to science and research. The narrow science focus is underwhelming considering the scope of the previous Civilizations.

Affinities are a new feature of the game and critical to the majority of the victories. Affinity points are earned through researching different technologies and directly correlate with how a player wants their civilization to interact with the indigenous species. Leveling affinity points earns upgrades for units and bonuses to the player, such as free resources. Affinity is also crucial to victory as three of the victories require specific affinities. Once the affinity-victory concept is grasped, the game becomes simple. It is almost inevitable to not direct most research towards a specific affinity because of the victory structure. Affinities do add a new dimension to gameplay especially considering the new environment; however, they primarily become a vehicle for victory.

How victories are achieved inevitably guide this game to be extremely science driven, leading to the game being less engaging than the predecessors. Most of the turns consist of merely clicking the next turn button until a tech is researched or a wonder built. This does simplify gameplay, but it is boring. The only real difficulty of Beyond Earth is the initial learning curve, but it is quickly overcome. One can not help but compare this to Brave New World and note the stark differences of intricacy. Since I only played single player, multiplayer might require more attention. There might be more people willing to attempt domination victory or at least create some challenge. However, as stated, a peaceful research-focused approach is the most likely path to victory. There are very few reasons to expend in game resources to other projects.

One of the highlights for this game is the covert ops. In Beyond Earth, the spies from Brave New World are expanded and improved upon. Now, players get to choose what actions the agent takes in a specific city.  In order for covert activities to be assigned, the city’s intrigue level has to meet the level required for the activity. Activities range from the simple, establishing a network, to the very difficulty such as sabotage. Weighing the risk/reward of assigning operatives to a task elevates the previous spy feature to one of the most engaging mechanics of Beyond Earth. 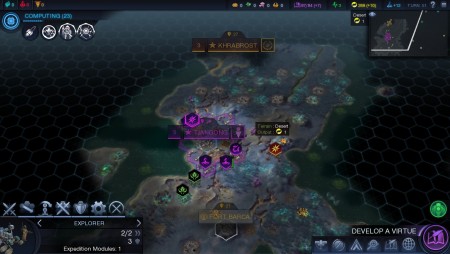 There are aspects of Civilization: Beyond Earth that are enjoyable; nonetheless, it lacks the intricacy and variety that truly makes Civilization games. The game maintains the same thrill from creating and shaping your own civilization, even more so because of being on a new planet. The new environment and alien lifeforms are exciting and curious. The focus on science is appropriate given the setting, but it dominates the game too much and narrows the scope of the game. The requirements for victory force this type of play style. Multiplayer online might make the game more interesting. While this review may appear dreary, it is because there was such hope for this game. This is still a fun Civilization game, but it failed to engage me. There is still hope for future DLC and, while this should not be the answer, one must remember how much Brave New World transformed Civilization V. Beyond Earth is a good concept and a great new environment, but it falls short due to the unavoidable narrow focus of the game.

It’s time to rough up some invading aliens, as Blowfish Studios’ and Italian developer Drakkar …