A look at the next game in the Battlefield franchise. 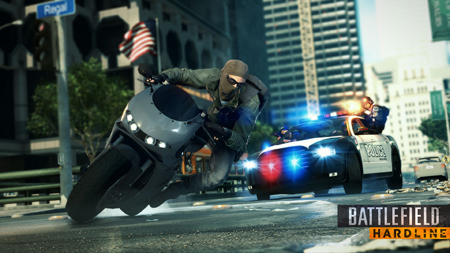 To say that Battlefield 4 has had a couple of problems would be a slight understatement.  There have been online problems and saved game data being deleted to name just a couple.  EA have been working to try and fix these problems and yet a poke around the Battlefield 4 forums shows that the Fall Update has caused even more problems for some people.  Despite these issues, work continues on the next game in the series, Battlefield Hardline, which EA having gone to the trouble of announcing it will work at launch.  We had the chance to play the multiplayer at EGX, and here’s what we thought of it.

One of the new multiplayer modes was on display, a 12 on 12 mode called ‘Hotwire’, in which the idea is to take some marked vehicles around the map and hold on to them for as long as you can.  It basically works like the Conquest mode in previous Battlefield games, but with moving control points, as you drive the vehicles around the map, trying to keep them out of the clutches of the opposing team, resulting in high speed chases around the map, with the enemies employing tactics such as blocking off roads and trying to ram head first into you. 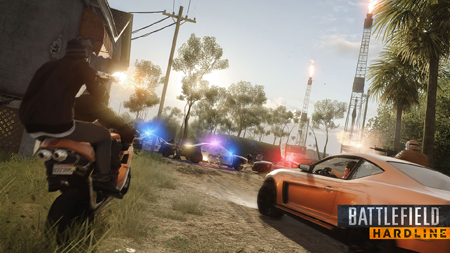 Unlike Battlefield 4, vehicle controls in Hardline have been changed to work like pure driving games, so acceleration and braking are controlled with the shoulder buttons rather than the left analogue stick, making vehicles much easier to control.  The handling of the faster vehicles feels tighter as well, like a proper driving game.  When in the car, you can also have a team mate riding shotgun with you to fend off the enemy players.

The map on show wasn’t huge, but had a variety of environments packed in, from wide highways to a series of mud roads around some simple buildings, and a overgrown forest which is a good place to get away in and also hide if you’re trying to catch an enemy out unawares.  The vehicles you need to control are always tracked on the map.  The map was actually great fun to drive around while trying to evade the opposition, with ramps positioned to enable you to try and jump over other vehicles and take short cuts.  Tearing around the map and dodging other players is a huge amount of fun. 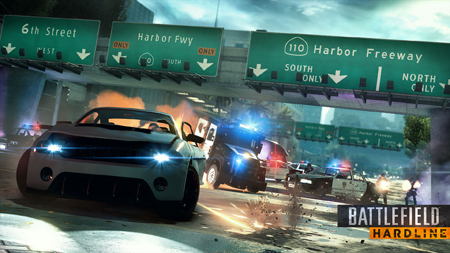 From what we played, Battlefield Hardline is shaping up to be one of the most fun multiplayer Battlefield games in a while.  If EA and Visceral are able to put out a game that works properly straight out of the gate, then this is going to be great.  We’re certainly looking forward to playing the full game.

Mike is Brutal Gamer's Indie Editor. He has been playing video games since the early 90s and is fond of racing games, puzzlers and MMOs. Typing /played while in WoW makes him cry, but not enough to stop him playing some more.
@Ognawk
Previous Mike Mignola electrifies Frankenstein Underground in 2015
Next Hyrule Warriors (Wii U) Review 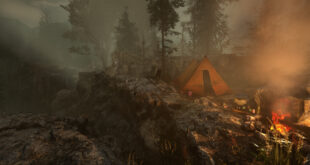 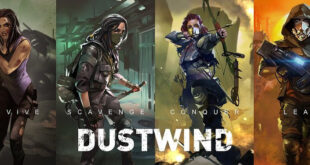 Trailer: Brave the wasteland to save your daughter in Dustwind – The Last Resort 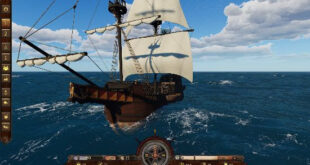 A pretty unique title by ‘roguelite’ standards especially, Maritime Calling is sailing to the PC …