Feature Friday: Is timed-DLC an idea who’s time has come?

Timed DLC, a relatively new idea for some gamers, poses some interesting questions. 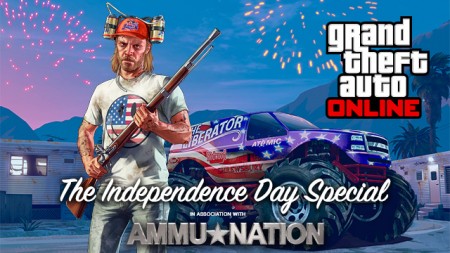 Intended to bring you back into a game that you might be done with or no longer interested in, timed DLC usually delivers something unique and exclusive for those that log into said game within a limited timeframe. Take Rockstar’s Grand Theft Auto Online for instance, which is the game that got us talking about this here at BG.

Released last year to massive critical acclaim, GTAV included a free online extension that got fans robbing and stealing from each other in the virtual space. The game was a hit almost as much as the single-player campaign was and did quite well.

Then this past Independence Day weekend (in the US) Rockstar released a special timed-DLC pack. The package could be taken advantage of by gamers who logged into their GTAO accounts only during a set number of days. After the time limit was up, the content vanished, except for those who logged in and grabbed it, meaning that they’ve now effectively got something (or multiple somethings) that no one else can have.

In theory, this is a kind of fun way to get players back into games that they’ve forgotten about or just plain burned themselves out on. But is there a down side to it too? Are gamers who miss out getting a raw deal as they lose something that they should be able to buy or download anytime?

We posed these questions to the staff here at BG and had some interesting responses, both for and against. Read on and then leave your own thoughts in the comments below, we’d love to read them!

For me my opinion is split right down the middle. For console gaming I can see the appeal of time limited DLC. You can put a disc in the console easily and load up the game immediately, jump in, buy and play, then quit and come back to it when you want as an impulse. For PC though my opinion is different.

As a PC gamer, like most, a lot of my games catalogue is now of the digital download variety. The idea of being forced to download a game client for hours, that’s many GB’s in size, just to load up a menu screen, click a few menus and quit a few moments later if I’m not in the mood to play this very moment lacks appeal. With hard drive space at a premium downloading for hours to run a game for 30 seconds or so before deleting the entire client until you come back to it weeks or months later is madness.

Then you have the alternate argument. For those already actively playing regardless of format, having time limited DLC is a great thing. It can bring new life to online multiplayer communities that are winding down when they’re no longer the new kid on the block or running on hype. GTA V’s recent DLC for example included rifles and other weapons you could buy online then use in the single player game even after the expiry date. If it’s a character skin there’s not too much merit, but when you’re taking about including items that change gameplay and boost your options there isn’t any real downside to it’s existence.

So after all that I guess you could call me undecided. On console I’m for it, on PC I’m against. As a general gamer anything that stops a games multiplayer community from becoming too small to play is extremely welcome.

I’m not a fan of time-sensitive DLC. Some people simply can’t afford to purchase the content during a certain time period. I think it’s kind of unfair to expect them to always have their wallets open and ready just in case there is DLC that needs to be bought ASAP. I’d like to see less of it in all honesty, it doesn’t bring anything great to the table.

I’d like to think that I resist the lure of timed sensitiveness content, but then there’s Guild Wars 2 (it’s always Guild Wars). The way that their living story works, is that every two weeks they release new content. This season, you have two weeks to log in before the new content is released, other wise, you’re out of luck. This is great and terrible at the same time. It’s great in the sense that it got me back into an amazing game, but it’s pretty awful in that, what if I missed it? It won’t keep me up at night, looking at my ceiling as I curse the content that got away, but it will be a minor annoyance. And that’s enough to keep me up at night looking at my ceiling.

That’s really the only case I’ve ever encountered time sensitive content that I can really think of. But let’s say I play a triple-A game, and they have a promotion going that says ‘Log in this Wednesday and receive this awesome hat!’ of course I’d be a little upset. Why not just let me spend $14.99 (that’s an expensive hat -ed) and buy the damn hat whenever I want? What makes Wednesday the holy grail of hat distribution? Why am I setting aside my free time just to get a free hat anyway? It’s all a bit much for me.

I don’t know how I feel about this kind of DLC, it largely boils down to if it is free or not. If its free (which it should be) then you are basically being given a hook to grab onto in order to dive into the game again. If its paid however, I think its just an intentional ploy by the developer to make you part with your hard earned cash. A lot of times as well, the timed DLC doesn’t really offer much except a few fun aspects here and there. I personally think this kind of “one of a kind” and “exclusives” should be kept for competition winners and contest winners as a way to brag of their win.

I can’t say I’ve encountered timed DLC all that often in my gaming life. In fact, the only pack I can remember at all is the one that just passed for GTA Online (which we talked about in the intro). I also don’t play MMOs, ever, so I can’t speak from that aspect either, although Martin brings up a good point about the practice there.

Theoretically though, I both like and dislike it. Here’s why, in short:

There are some very cool points to be made about time-limited DLC in that you can grab something exclusive and cool that, down the line, no on else is going to have. So I can be running around in the game in question with my mullet and super-shotgun (or whatever) and other players, who are new to the game, can look upon me with the appropriate amounts of awe and stun. That’s really fun, and I think almost a ‘thank you’ (especially if we’re talking about free DLC) to players who stick with a game long after release, or go back to it regularly.

Although all that’s true, it’s also a bit of a screw for players who may have traded in, sold, or otherwise gotten rid of a game that they were devoted to for a period of time. I myself have bought/beaten/played-out many games and then sold or given them away to friends. Being that I played the heck out of those games before ditching them, I think I’d feel a little crappy knowing that I could have been using some awesome weapon or playing some interesting new map or level or something, but missed out because I bought, enjoyed and played the game at launch. That’d rub me the wrong way even though the idea here is (to me anyway) to reward players who’ve stuck with a title.

The only real difference between timed and traditional DLC is, of course, that you have a super-short time frame to log in and take advantage of the timed variety, and that’s the problem I have with it. So it’s not even like you can pick up that game you got rid of used and have the ability to buy all the DLC if you wish to, because some of it would be gone forever.

Lots of good and bad in this one, but at the core of it, I think timed DLC is something I could do without.

Jason's been knee deep in videogames since he was but a lad. Cutting his teeth on the pixely glory that was the Atari 2600, he's been hack'n'slashing and shoot'em'uping ever since. Mainly an FPS and action guy, Jason enjoys the occasional well crafted title from every genre.
@jason_tas
Previous Wasteland 2 arriving on PC next month
Next Beta signups kick off for The Witcher Battle Arena