Journey to the edge of the Titanfall universe. 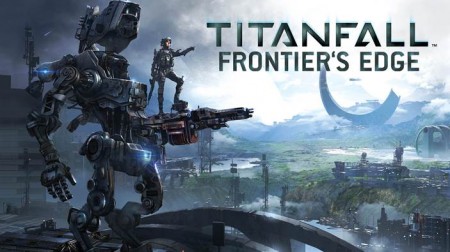 Number 2 in a three-part series of map packs, Frontier’s Edge comes loaded with a trio of new maps for you to pilot your mechanized Titan and/or wall run through including “the isolated mining outpost of Dig Site, the exclusive beach resort of Haven and the mining hub on the side of a mountain known as Export.”

The pack will cost you $9.99 USD if bought separately, and is also free (as you might imagine) if you bought in to the Season Pass, which costs $24.99 and can still be signed up for. There’s no release date as of yet for Frontier’s Edge, but Titanfall itself is available right now for the Xbox One, Xbox 360, and PC.

Jason's been knee deep in videogames since he was but a lad. Cutting his teeth on the pixely glory that was the Atari 2600, he's been hack'n'slashing and shoot'em'uping ever since. Mainly an FPS and action guy, Jason enjoys the occasional well crafted title from every genre.
@jason_tas
Previous SDCC 2014: Dark Horse announces Game of Thrones exclusives
Next SDCC 2014: It’s cosplay the Marvel way