Comic Con 2014 will have a special showcase that DC Comics fans are not going to want to miss. 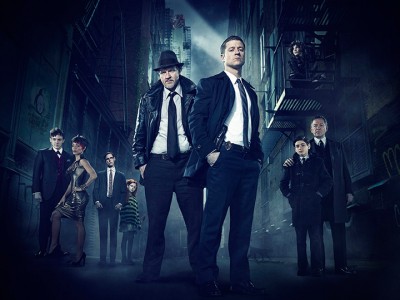 If you’re looking forward to the premiers of the slate of new DC Comics TV properties this Fall, then this is a night to mark on your calendars. Saturday, July 26th (at the San Diego Comic Con), Warner Bros’ and DC Comics will be hosting a special party at the con where they’ll be showing the complete pilot episodes of Gotham and The Flash.

And that’s not all as video presentations from both the third season of Arrow and the brand new Constantine will be shown too. On top of that, you’ll be able to see several stars (as well as producers) from the shows named as they will be in attendance as well. All in all, the presentation will run about three hours, so this is a good chunk of the Con’s busiest evening we’re talking about here and will definitely keep you busy and in the swing once the doors close on the show for the day.

I’m pretty excited about all of the above and have been hearing extremely good things about both Gotham and The Flash.  I’m a recent convert on Arrow too (season 2 was shockingly good stuff), so that should be fun and while Constantine is still something of an unknown, the trailer certainly looked sharp so high hopes there too. Everything considered, this should be a bang up presentation.

Look for more about the big premier night to be announced soon as well as the panel presentations that WBTV has planned for the show. Stay tuned…

Jason's been knee deep in videogames since he was but a lad. Cutting his teeth on the pixely glory that was the Atari 2600, he's been hack'n'slashing and shoot'em'uping ever since. Mainly an FPS and action guy, Jason enjoys the occasional well crafted title from every genre.
@jason_tas
Previous Breaking News – Bleszinski’s Back In The Game!
Next Divinity: Original Sin officially launches on PC