An Ad posted on the Eurogamer site is said to reveal the true release date of TLOU:Remastered. The ad has now in fact been removed.

Now normally you will get people screaming it’s fake!! But considering the release date has been shrouded in mystery, could this in fact be a marketing cock up, releasing prime info before it’s announced during SONY’s E3 conference. It was only a few days ago that tweets of the games release due for his summer had been tipped for this month, maybe to coincide with the original games release date of June last year. I’m sat eagerly anticipating this game, and hoping this is just a typo, but who knows, a lot of games have been getting the delay recently, of course Arkham Knight has been the latest big one pushed back to 2015. Also Dying Light and The Witcher 3: Wild Hunt. Could this be a bad year for games? Are We really going to have to wait till the second half of the year to next year to experiance these titles. Luckily with E3 only hours away, and SONY’s show only 17 hours away, answers about TLOU and other upcoming games will be heard shortly.

Hopefully, there won’t be any more games being pushed back, as things go, next gen are lucking out at the moment. I really hope this E3 swoops in and saves the day, with news and beautiful trailers to keep us all going till these later releases come around. 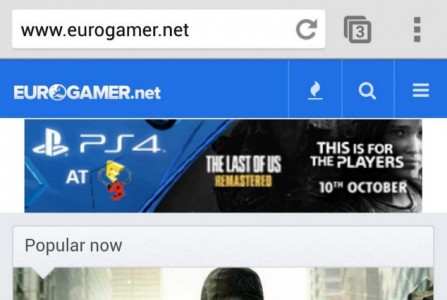 One of BG's UK contributors and a PlayStation super-fan, Kiri is self-described as "super competitive" and can be most often found shouting at her other half "kicking my butt on Injustice".
Previous E3 2014: No Final Fantasy XV At E3
Next E3 2014: More Pre E3 Trailers Getting Leaked