When death comes for us, it is time to cross over to a new existence in the afterlife. But sometimes souls get stuck somewhere in between, no longer living but for some reason unable to cross over to the other side. It’s a fascinating theory about ghosts, and one that makes up the heart of the story line in The Ghost Archives: The Haunting of Shady Valley. 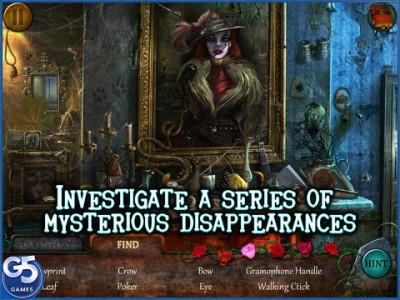 As the game begins, you have been called to Shady Valley, an old abandoned mining town that is the subject of a series of mysterious disappearances. It is apparent right from the start that you are not alone in Shady Valley – and it’s also apparent that your companions will not be of the living and breathing variety.

The first ghost, Norman, gives you the heads-up on how it’s going to go down – you’re going to meet a series of ghosts, each of which will help you in your investigation. In return, you need to help them resolve the unfinished business that is keeping them tied to this world rather than moving on to the next. These tasks range from returning ill gotten gains to completing a promised project, and will require you to wander freely throughout the areas in Shady Valley.

The action in The Ghost Archives: Haunting of Shady Valley is a mixture of hidden object types that will keep you busy scouring the environments over and over in search of the next needed item. In some cases, you’ll need to find a collection of objects – for instance, a set of toys or fuses. In this case, those objects are hidden around the environments available to you. The catch is, you aren’t able to pick any of them up until you have reached that point in the story, meaning you may pass over the same item multiple times, but you won’t be able to pick it up until you are supposed to. 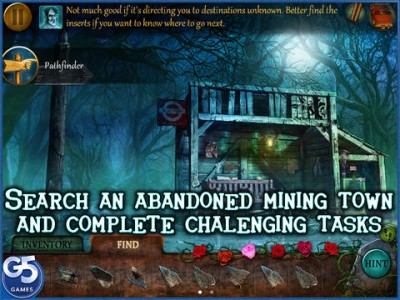 There are also usable items just laying around, that will be used to advance the story line. These can be picked up any time, but there isn’t a whole lot to distinguish them from the myriad of unusable objects laying around, so it’s a lot of trial and error as you try to find the items that can be used and then figure out how and where. In addition to all that, there are a number of traditional hidden object jumbles to take on hidden throughout the game. These involve finding a list of items amidst a jumble of objects on a fixed screen. When you’ve completed the jumble, you are given an item that you can then use to advance the game. Finally, like most games in the genre, The Ghost Archives has mini games that serve to break up all that hidden object finding and offer a little variety. Whether you’re reassembling broken objects or putting objects in the right order, these mini games relate well to the story and offer a bit of challenge – but they are able to be skipped after a time if they aren’t your thing.

The Ghost Archives: Haunting of Shady Valley is quite accessible to gamers of all ages and skill levels. It offers two different games modes, casual and expert, as well as a few different hint features that will be very helpful for young or very casual gamers. You can collect roses throughout the game that can be used to get hints when you get stuck, and there is a footsteps feature that will show you which ways are open to travel to if needed (but can also be turned off if it isn’t). You can run out of hints, but for the most part the game should be quite doable for even young players. 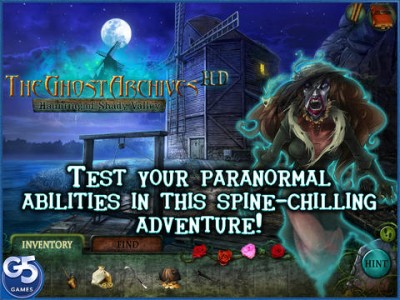 The Ghost Archives: Haunting of Shady Valley is a hidden object adventure with spooky style, sending gamers on a quest to guide lost souls to the afterlife – and uncover the mystery in the process. With a variety of assists available, it should appeal to gamers of all skill levels and a variety of ages.