Home / News / The Witch and the Hundred Knight (PS3) Review

The Witch and the Hundred Knight (PS3) Review

NIS makes some pretty great games, but The Witch and the Hundred Knight isn’t one of them. 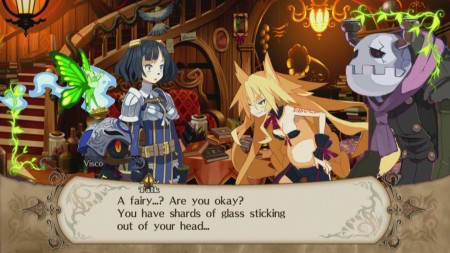 Before we start I want to say this: The Witch and the Hundred Knight has some very good ideas. My review will sound negative, but know that this game is not terrible…it’s just not very good either. Well… that kind of gave away my opinion didn’t it? Also, while you read this, please keep in mind that I love Nippon Ichi Software’s other works like Disgaea 3, Dragons Crown, Persona 4 Golden, etc.), it’s just that this game is a disappointment.

The Witch and The Hundred Knight (which I will from now on be referring to as WatHK) is something like a hotdog.. It can be delicious at first , but once you start thinking about what you’re actually eating, you suddenly realize that you would be better off chowing down on something else. I made the previous analogy because WatHK can be good for the first hour or two, but once you realize the major faults in the game, it makes it hard to enjoy yourself.

At the beginning of the game you wake up as a small creature with mysterious voice (which sounds oddly like Ashley Tisdale), telling you that you are a newly summoned familiar. She asks your name and this is where the game gets annoying (yes, two minutes in and I’m already annoyed). The Witch, who you later find out is named Metallia, asks you your name, which is a simple enough question. Upon entering your desired name, she just says “Well, that’s a stupid name, I will just call you Hundred Knight instead” (yeah lady, that doesn’t sound stupid at all). 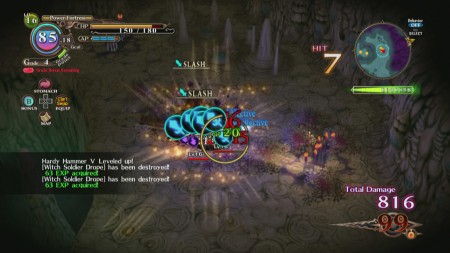 You then get thrown into the in-game tutorial after about five minutes more of dialogue from the one of the game’s blatantly rude, unlikeable and, unfortunately, main characters. I say “thrown”, but what I should say is lowered…very, very slowly. Fixed scenes are everywhere…you can barely walk for a few moments during the tutorial without being stopped and forced to listen to more examples of this sublime dialogue. Anyway, you find out that you are in Metallia’s dream, but an unbeknownst someone is, for lack of a better phrase, breaking into Metallia’s dream. A large dragonlike creature attacks; after preparing yourself for battle, and getting very excited, the scene comes as a quick disappointment in that you have to run from this creature every time you encounter it until the very end of the tutorial. No fights for you!

Now we encounter the game’s groundbreaking, revolutionary combat technique of…mashing the same one button, and making the same one attack sound effect over and over (and over). As far as I played, I never did encounter any different kinds of combat. Really though, it’s all you need to win; just smash the same button until you run out of energy and wait for it to regenerate.

The main point of the game takes place in Metallia’s swamp, you play as her minion in taking over the beautiful and peaceful world and turning it into a witch’s swampy paradise. I do think that this thought is interesting, as I don’t think that people get to experience the role of a straight-up villain nearly enough in video games. After leaving Metallia’s hut, a countdown will begin. This number reduces itself with every step or movement that you make. When the timer hits zero, you are teleported back to the hut. This can get… annoying. Depending on how much you like to explore, it can actually get very annoying. Speaking of exploring, it could be rather interesting, if not for the music….

I loved the music of WatHK at the start. It was very cool and interesting, and easily the best part of the game. However, no matter how good the music, after listening to the same loop for three hours, it can make you want to rip out your own hair. True, I guess I could turn down the music, but I didn’t think of that until just now at the time of this writing. I really did enjoy the music for the first three hours though, and if you want to hear it, just search some of the games soundtracks, they really are good. 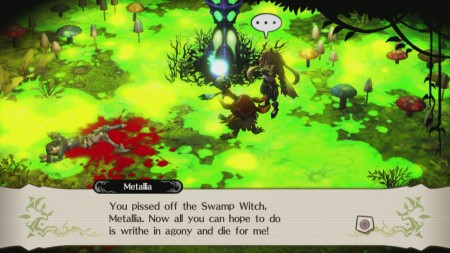 I was in an odd predicament with The Witch and the Hundred Knight.

I wanted to like it, I really did. I was extremely excited to play it, but the game just has no true flair to keep it exciting or memorable. This is the kind of game that no one really remembers in a few years. A title simply cannot survive with unlikeable characters, repetitive (albeit good) music, a somewhat mindless story, and extremely boring combat. I honestly wouldn’t suggest that anyone buy WatHK right now. Rent it possibly, but don’t buy it until it’s on a clearance rack somewhere… and it will be, just give it some time.