The developer adds another string to its bow. 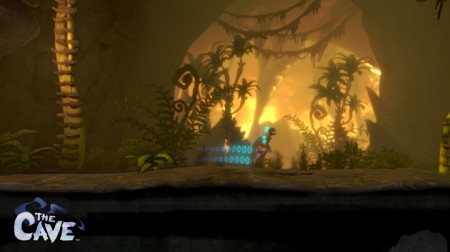 Double Fine is looking to help indie developers by publishing game for them.  They have offered developer MagicalTimeBean promotion, distribution and working space to finish up their game Escape Goat 2, and is now looking to help others as well.

“Our goal is to help indies build their own community and empower them with the knowledge and tools they need to succeed on their own,” Double Fine chief operating officer Justin Bailey said when talking to Game Informer.

Bailey went on to say that they were looking to offer an alternative to traditional publishing and licensing deals, making the process smoother for smaller developers.  “That’s the alternative we want to offer – a way for indies to stay indie,” Bailey said.

Mike is Brutal Gamer's Indie Editor. He has been playing video games since the early 90s and is fond of racing games, puzzlers and MMOs. Typing /played while in WoW makes him cry, but not enough to stop him playing some more.
@Ognawk
Previous BioShock Infinite: Burial at Sea episode tears onto consoles and PC today
Next The Witch and the Hundred Knight (PS3) Review