Onslaught deploys for PS3/PC edition of Ghosts this month

Arriving just in time to bid a fond farewell to February, the Onslaught pack is ready for action on the PS3/4 and PC by the end of the month. 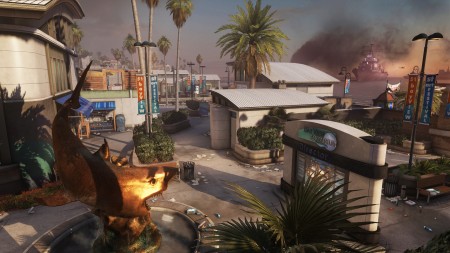 The Xbox 360/One version of Onslaught has been out for a little while now, but PlayStation and PC gamers have been left out of all the alien-shooting, Michael Meyers evading glory till now. Finally though, the official announcement has been made and Onslaught has been stamped and dated for a February 27th launch.

Just in case you haven’t been paying attention, or been suitably CoD-napped Onslaught includes a new weapon in the form of the Maverick (which is an assault rifle/sniper combo), the first official installment of the new story-based ‘Extinction’ multiplayer campaign with “Episode 1: Nightfall”, and four new maps. One of which has a nasty little horror-themed surprise.

That’s a good deal of bang for your buck for one of the biggest shooters of 2013 and it’ll be available for purchase (or download if you have the Season Pass) on the PS3, the PS4 and the PC on the 27th of this month.

Jason's been knee deep in videogames since he was but a lad. Cutting his teeth on the pixely glory that was the Atari 2600, he's been hack'n'slashing and shoot'em'uping ever since. Mainly an FPS and action guy, Jason enjoys the occasional well crafted title from every genre.
@jason_tas
Previous More The Walking Dead Minimates shamble into stores
Next Line of Defense brings the future world of 3000AD’s comics to PC’s today