New information regarding Tales of Zestiria

Tales producer Hideo Baba reveals more details about Tales of Zestiria. Chracter info, some tidbits about the battle system, and the focus of the game are covered in this interview. 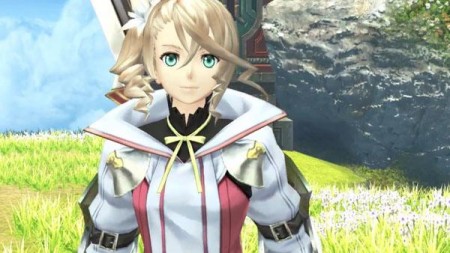 Baba sheds some light on a character in Zestiria named Alicia. She is last in line to the throne of the royal family, but doesn’t really have a desire to rule. She instead chooses the life of a knight. She is considered to be a rather altruistic character, caring deeply about her country and its citizens; she would do anything to protect it all. According to Baba the battle system will be very different this time around, and only remarks on the fact that it will be heavily focused on swords and magic.

Of course, what we saw in the trailer does tell us a thing or two about the battle system that Namco is not sharing at the time. Enemies will definitely be able to entering the fray as you’re fighting another; indicating an open field type of battle system, rather than putting the player in an arena separated from the map. A heavy focus on dragons is re-emphasized by Baba. While Namco is being secretive about what will appear in the game, they will gradually reveal more of it over time. They plan on feeding the information to the public via events that they will be scheduling in the future.

Well, my name's Christopher Deleanides as you all know and I'm the Nintendo Editor here at BG. I've been playing video games since 1992, and I've been a Nintendo fan the entirety of those years. My love for video games as well as Nintendo hasn't changed, and probably never will. The only thing that comes close is politics, as I'm very deeply involved in both local and international issues.
Previous Final Fantasy XV might have been a PS4 exclusive
Next Don’t look back, it’s a new Daylight trailer