LEGO The Hobbit announced for 2014

A sequel/prequel to the first LEGO Lord of the Rings is on the way next year with LEGO The Hobbit, which’ll cover the first two films of the eventual trilogy. 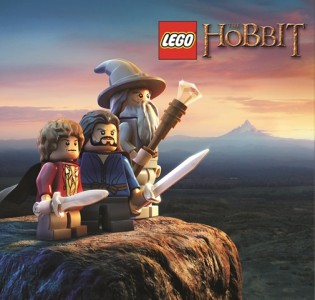 “We are thrilled to depict the characters and environments of Peter Jackson’s Middle-earth in LEGO form with the LEGO The Hobbit videogame,” said Tom Stone, Managing Director, TT Games. “Our family-friendly take on these thrilling adventures will have kids and parents playing and laughing together as they build and explore in LEGO Middle-earth.”

You kind of had to think that a LEGO The Hobbit title was more or less a lock after last year’s brick-building Lord of the Rings adaptation. I was, after all, a very solid game and LEGO’s The Hobbit building sets are some of the coolest that the company is putting out right now… though in fairness, there isn’t too much that LEGO makes that isn’t really great.

The Hobbit game will encompass the first two movies from New Line Cinema and MGM, An Unexpected Journey and Desolation of Smaug and allow gamers to adventure across the Misty Mountains and all the way to Rivendell. Players will be able to take control of all of the signature characters from the movies as well including Gandalf, Bilbo, Thorin and each and every one of the dwarves. In a really neat little twist too, each character will have a special ability such as Bombur using his gut as a trampoline to bound out of dangerous situations.

Developer Traveller’s Tales promises that that’s not the only new element either. There’ll be plenty of Orcs to fight true, but you can also look forward to new loot-hunting ‘Treasure Quests’, magical item crafting and “immense new LEGO structures” to build. As a big Tolkien fan, that sounds pretty darned good to me. Makes me want to sing a dwarven tune…

Jason's been knee deep in videogames since he was but a lad. Cutting his teeth on the pixely glory that was the Atari 2600, he's been hack'n'slashing and shoot'em'uping ever since. Mainly an FPS and action guy, Jason enjoys the occasional well crafted title from every genre.
@jason_tas
Previous Deals: Dark Horse to host digital Star Wars Black Friday specials
Next Valiant drops some Golden Tickets into shops with Unity #1