One of the biggest releases of 2013 (if not the biggest) debuts this week as Rockstar’s Grand Theft Auto V hits retail shelves and digital distribution outlets. The game is looking every bit like the massive beast gamers have been expecting and to help you manage this crime epic a little better, our pals at CheatCC have put together a master list of cheats and Achievements/Trophies for your perusal. 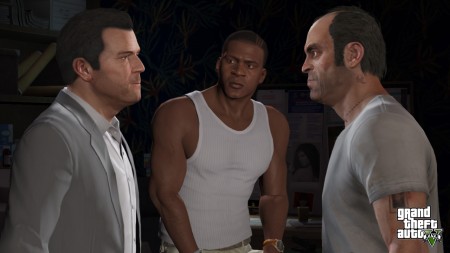 As a gamer who’s been looking forward to this one for a long, long time; this is a pretty big week for me. I’m certainly nowhere near alone either as all of gaming-dom has had the next entry in Rockstar Games’ epic series on their radar pretty much since it was announced a while back.

For many players, a game like this might almost be too big and maybe even a little bit daunting. Not to worry though as cheat code mega-site CheatCC has you (and me) covered with a full selection of cheat codes for both the Xbox 360 and PS3 editions of the game. Then on top of that, they have a complete list of Achievements and Trophies for GTA5 so you can control your game-time better and play out your point-busting missions and side-tasks all that much better.

Check out the links to read the full details. You might want to bookmark the page too as something tells me you might be back more than a few times.

Jason's been knee deep in videogames since he was but a lad. Cutting his teeth on the pixely glory that was the Atari 2600, he's been hack'n'slashing and shoot'em'uping ever since. Mainly an FPS and action guy, Jason enjoys the occasional well crafted title from every genre.
@jason_tas
Previous Interview with David Corless
Next Bravely Default: For the Sequel footage