Developer Obsidian’s Kickstarter campaign has officially come to an end. To say ‘it worked out’ might be a massive understatement. 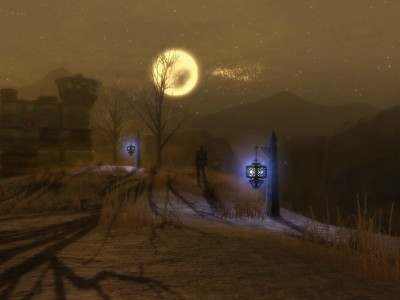 Fans and supporters of the old school RPG developer really showed up in a big way and boosted the Kickstarter up to a monster $3,986,929. And what’s more, Obsidian revealed that they actually pulled in an additional $176,279 through Paypal donations.

As a result of that high water mark, even though the $4million Kickstart goal wasn’t technically reached, the developer will be honoring the rewards scheduled for that level.

The Kickstarter amount is apparently a record high for the crowd-funding solution, but Obsidian isn’t stopping there. Paypal donations will still be gladly accepted (and will include the reward tiers from Kickstarter) for a limited time. As to how long that is, it’s kind of up in the air- so if you want in, you might want to take the plunge sooner than later.

Jason's been knee deep in videogames since he was but a lad. Cutting his teeth on the pixely glory that was the Atari 2600, he's been hack'n'slashing and shoot'em'uping ever since. Mainly an FPS and action guy, Jason enjoys the occasional well crafted title from every genre.
@jason_tas
Previous 1931: Scheherazade at the Library of Pergamum (PC) Review
Next Wii U Voice Chat Supported By ‘Select Games’ Only