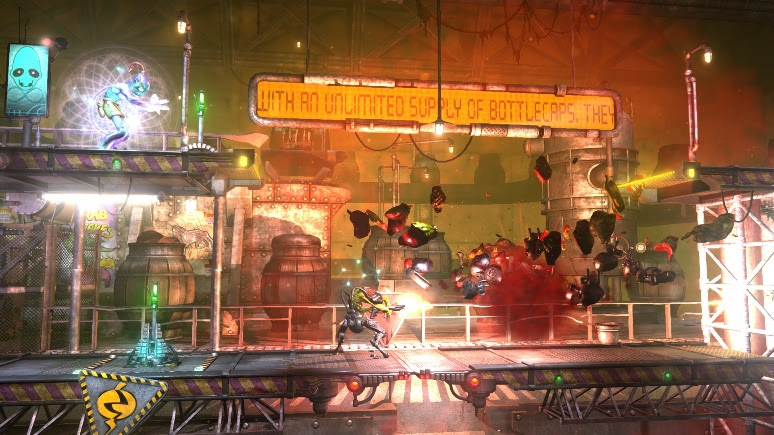 The Switch is ready to get odd. Oddworld: New ‘n’ Tasty is out as of today, and brings the revamped original Oddworld game back for another go.

There’s a lot of odd out there. And by that, I mean Oddworld, the series of platforming puzzle games from Oddworld Inhabitants. The series has been seeing quite a bit of news over the recent past.

That includes a next-gen incarnation, as well as Oddworld: New ‘n’ Tasty. If you don’t know what the latter is, it’s a new, remade version of the original game in the series, from way back on the PSOne.

Out for consoles and the PC for a while now, it’s finally made its way to the Switch as of… right now.

New ‘n’ Tasty serves up the freshest game ingredients such as organically grown and breathtakingly enhanced visuals and audio, grass-fed gameplay that is deeper and filled with piping hot delicious action, and a scrumptious story that if fans don’t eat up, the Glukkons may.

The action begins with our hero Abe serving as a simple floor-waxer at RuptureFarms before stumbling into a meeting and overhearing his boss, Molluck the Glukkon, discuss future plans to turn Abe and his fellow Mudokons into Tasty Treats as a final effort to rescue Molluck’s failing meatpacking empire.

From co-publisher Microids, Oddworld: New ‘n’ Tasty is available both digitally and physically (with a limited edition).

Jason's been knee deep in videogames since he was but a lad. Cutting his teeth on the pixely glory that was the Atari 2600, he's been hack'n'slashing and shoot'em'uping ever since. Mainly an FPS and action guy, Jason enjoys the occasional well crafted title from every genre.
@jason_tas
Previous Fresh Skater XL content inbound for Holiday ’20
Next Cara Dune Premium Format Figure coming up from Sideshow