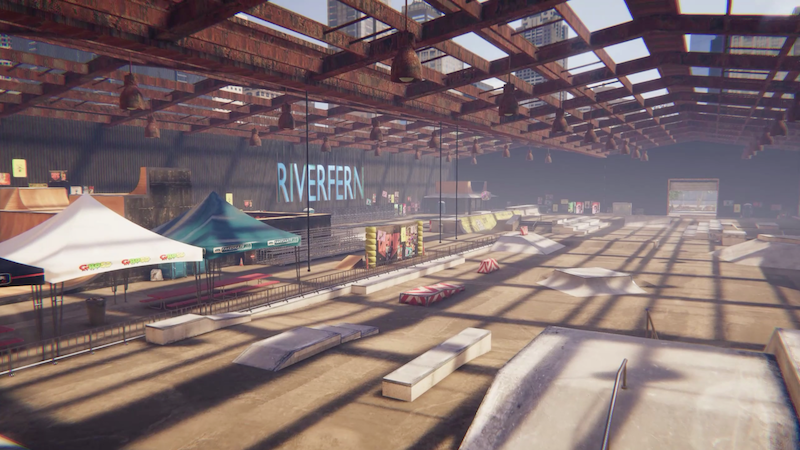 Skater Xl changed up the video game skateboarding genre in a pretty big way when it launched this year, and now it’s back with even more content.

So Skater XL, unlike most other skate games, actually did something different. The game shook things up with a brand new control scheme, one that more or less mapped your on-screen skater’s feet to the controller’s thumbsticks.

Yeah, that’s a radical departure from what’s come before. Apparently it takes some getting used to as well, though it’s an intriguing design choice, and one that may offer fresh challenge for fans.

The game released earlier this year though, and if you’ve been playing it, you could be running out of things to do. If you are, well then you’re going to be thrilled with what’s coming up in short order.

Skater XL boasts gear and clothing from over 30 major skateboarding brands, including Etnies, Vans, Dickies, DC Shows, Primitive Skateboards, and New Balance. In addition to being able to fully customize their own character, players can choose from top skateboard pros Tiago Lemos, Tom Asta, Brandon Westgate, and Evan Smith as they shred the asphalt. No need to listen to your own playlist while you play – Skater XL features a soundtrack with acclaimed indie music artists, including Modest Mouse, Interpol, Getter, Band of Horses, Animal Collective, and many more.

As mentioned, all of the new stuff will be found in the game pretty soon. Easy Day Studios say that the community-created stuff will start to hit the PC, Xbox One, and PS4 editions across the Holidays this year.

So if you’ve been grinding away on the release copy for a while, get ready for some new challenges.

Jason's been knee deep in videogames since he was but a lad. Cutting his teeth on the pixely glory that was the Atari 2600, he's been hack'n'slashing and shoot'em'uping ever since. Mainly an FPS and action guy, Jason enjoys the occasional well crafted title from every genre.
@jason_tas
Previous Ghostrunner sprinting onto PS5 and Xbox Series X in 2021
Next Oddworld: New ‘n’ Tasty out now on Switch