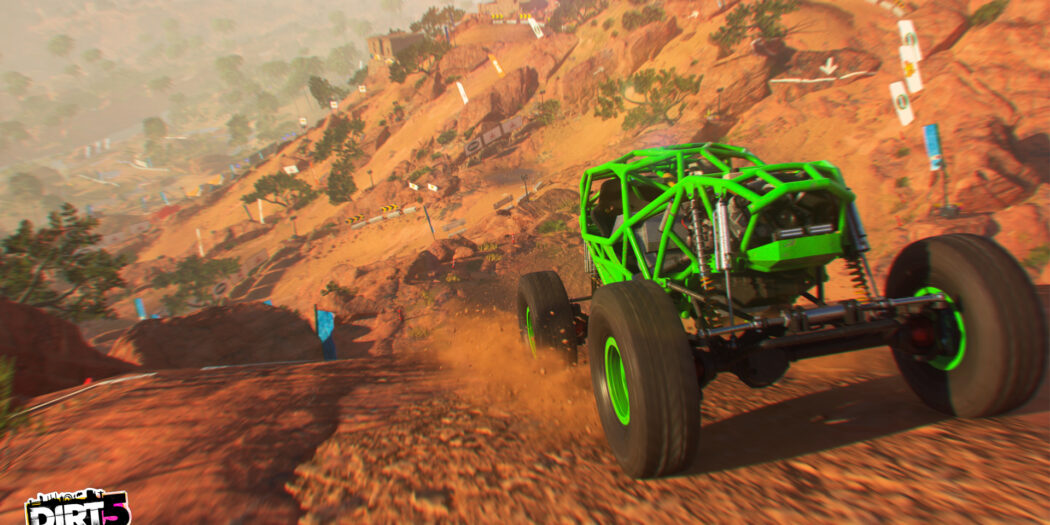 Deep Silver and Codemasters’ off-road racer Dirt 5 will take advantage of Microsoft’s Smart Delivery, and tailor its play experience to which Xbox you game on.

Powering through a huge marble mine, Path Finder events are not for the fainthearted, with massive elevation changes requiring power and skill to overcome.

Dirt 5 will be an Xbox Series X/S launch title, and arrive at retail on November 10th. Expect it on November 6th for current-gen consoles as well as the PC. PS5 gamers will get a copy too, but a little deeper into the season.

Jason's been knee deep in videogames since he was but a lad. Cutting his teeth on the pixely glory that was the Atari 2600, he's been hack'n'slashing and shoot'em'uping ever since. Mainly an FPS and action guy, Jason enjoys the occasional well crafted title from every genre.
@jason_tas
Previous Trailer: Monster Truck Championship rolling out next month
Next Trailer: Crysis Remastered hits consoles and PC today