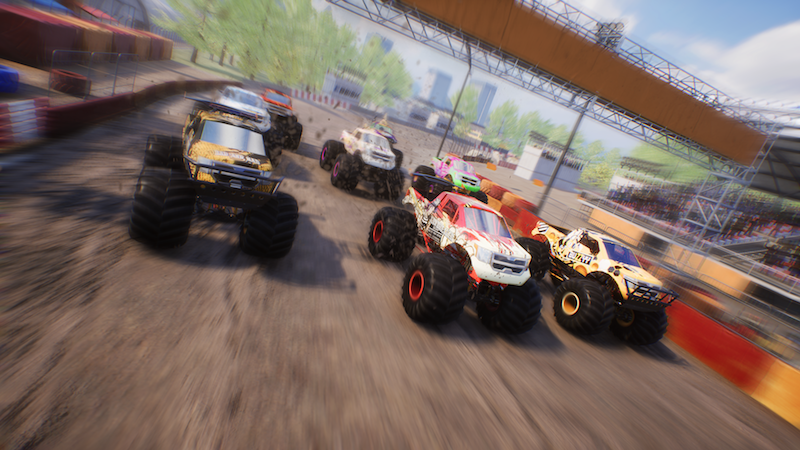 Monster Truck Championship is the first sim-style game to feature monster trucks. So you owe it to yourself to check out the trailer really.

In Monster Truck Championship, you take the wheel of one of 16 vehicles and enter five types of event. In these championships, you will compete in 25 stadiums and circuits in various cities across the United States. Taking a realistic approach to driving rather than an arcade-game style, Monster Truck Championship gives players the chance to take part in frenzied races and pull off believable aerial and ground moves by learning the unique physics of these vehicles.

Monster Truck Championship hits the PS4, Xbox One, and PC (via Steam) on October 15th. A Switch version is also revving its engines, but won’t be along till November 19th.

Jason's been knee deep in videogames since he was but a lad. Cutting his teeth on the pixely glory that was the Atari 2600, he's been hack'n'slashing and shoot'em'uping ever since. Mainly an FPS and action guy, Jason enjoys the occasional well crafted title from every genre.
@jason_tas
Previous Trailer: The Undertaker launches into WWE 2K Battlegrounds today
Next Trailer: Check out Dirt 5 running on the Xbox Series S