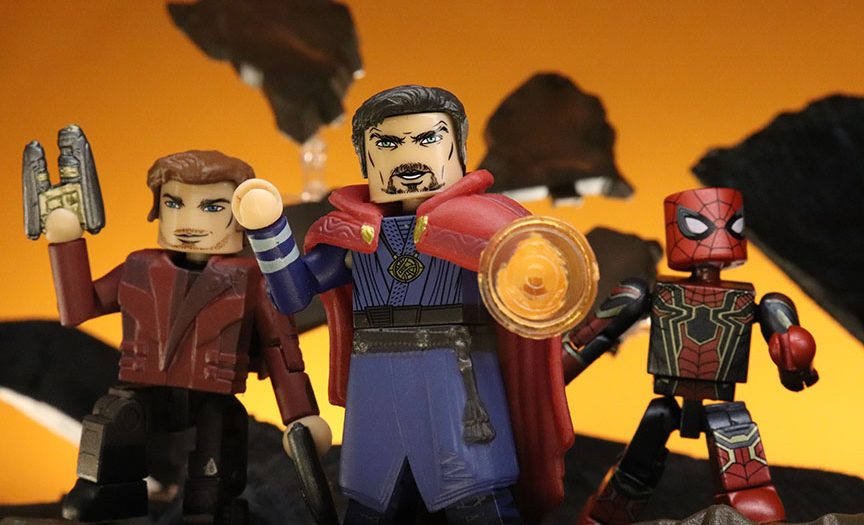 DST’s second wave of Marvel Avengers: Infinity War Minimates are almost here, and they’ll include a whole bunch of heavy hitters from the film.

At this point, Infinity War is pretty much officially the biggest “thing” of the year. The movie is raking it in at the box office, and has a full spread of merchandise out there for you to take home. Among all of that, is a fresh infusion of Diamond Select’s venerable Minimates.

Wave 1 is out now, with exclusives for Walgreens stores, and comic shops alike. But that’s not all you’re getting, as fans can also expect a second series of the little figures, and it’s landing in stores way sooner than you might think. Actually, it hits tomorrow (May 1st).

Much like with the first wave, you can expect to see specific figures arriving at both comic shops and Walgreens in this wave.

Exclusive to Walgreens will be:

Exclusive to comic shops will be:

Shared between the two will be:

As usual, these little guys will be pretty well articulated. Honestly, there aren’t any better poseable mini-figures out there. They’ll all come with a selection of appropriate accessories too. Cap comes with interchangeable shield hands, and Iron Man and Black Panther’s masks will be removable. Even Falcon’s goggles can come off for a different look.

Not enough? Then you’ll be happy to know that DST also has a monster amount of statues, action figures, and more out there (or coming soon) for Infinity War. Check with your retailer for more info. This is not Walgreens stuff though, so you’ll want to give your local comics shop or Disney Store a ring, or check out your favorite toy/collectible website.

Jason's been knee deep in videogames since he was but a lad. Cutting his teeth on the pixely glory that was the Atari 2600, he's been hack'n'slashing and shoot'em'uping ever since. Mainly an FPS and action guy, Jason enjoys the occasional well crafted title from every genre.
@jason_tas
Previous Nintendo’s lays out its plans for E3, will include Splatoon and Smash championships
Next Sega blasts second Sonic Adventures cartoon short onto YouTube