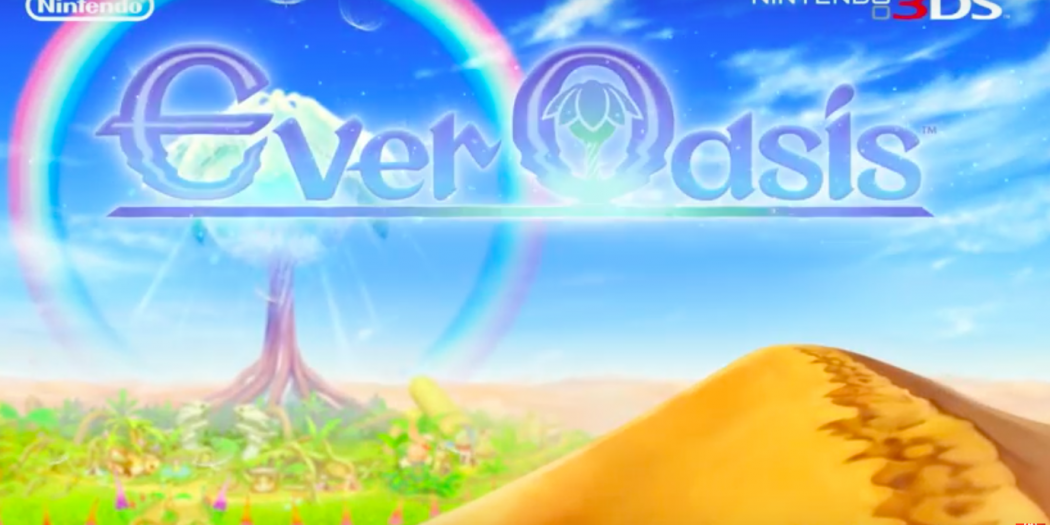 More info has emerged on the upcoming 3DS RPG “Ever Oasis” thanks to a new trailer streamed by Nintendo.

Released May 5, the trailer outlines several story and gameplay elements for studio Grezzo and acclaimed “Mana” series director Koichi Ishii’s upcoming title. Players take the role of a mystical being known as a seedling. Using their powers, they must maintain and defend their desert oasis from evil beings known as Chaos. They can also invest in their oasis’ shops, explore desert ruins and uncover the secrets of the world. The game will release June 23 in North America and July 13 in Japan.

The game certainly carries the lighthearted style of Ishii’s past works and appears to take inspirations from games like Monster Hunter and Zelda. 3DS owners looking for new RPGs should definitely keep an eye on this upcoming title.

Keenan McCall is a journalist and writer with a passion for animation. From video games to anime, anything that sets art in motion will get him talking and writing nonstop.
Previous Street Fighter V Reveals New Character: Ed
Next Zombie-Centric DLC is Coming to Black Ops III