Looking for a PSVR headset? Then you might want to check out the bundles at GameStop.

As you might imagine, the PSVR is a little hard to come by right now at the retail level. I’ve seen a few hanging around here and there, but the best place to get one (at least in Metro NY) seems to be online. Most retailers seem to have them stocked, and that includes GameStop. who’ve just re-loaded on them.

GameStop has announced that they have more PSVR headsets available, both separately and as bundles. You can get pretty much any flavor of starter kit you prefer. But if you want a little more bang for your buck, some ‘core units’ are being bundled in with pre-owned hardware and a game. Core unit, by the way, means that it doesn’t come with the Move controllers or the PS Camera. Not that it matters in this case, since that’s what you’ll be getting in the bundle. 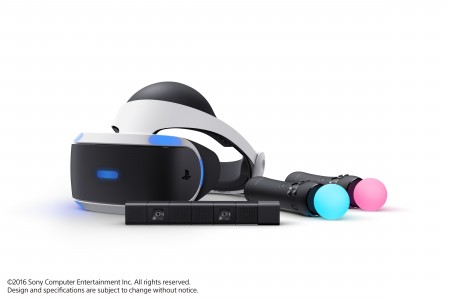 In all, there are two such package deals available now from the retailer. Here’s what you get:

Get into VR, for a lil’ bit less

As for cost, you’ll be paying $499.99 USD for either of the above. While that’s no small damage to the old wallet, it actually is saving you some cash. You’re not being discounted buckets, but the extra coin that’ll stay in your pocket is upwards of $20 on the bundle deals, and that’s not terrible.

If you’re looking for more off than that, you can always dig up a few games/accessories from your personal collection to trade in. GameStop says they’ll give you a 20% bonus on either games or accessories traded towards the PSVR sets. So that’s something too.

You can find either of the deals at your GS, or online here.

Jason's been knee deep in videogames since he was but a lad. Cutting his teeth on the pixely glory that was the Atari 2600, he's been hack'n'slashing and shoot'em'uping ever since. Mainly an FPS and action guy, Jason enjoys the occasional well crafted title from every genre.
@jason_tas
Previous Dying Light kicks off Halloween event tomorrow
Next Britannia #2 (Comics) Review