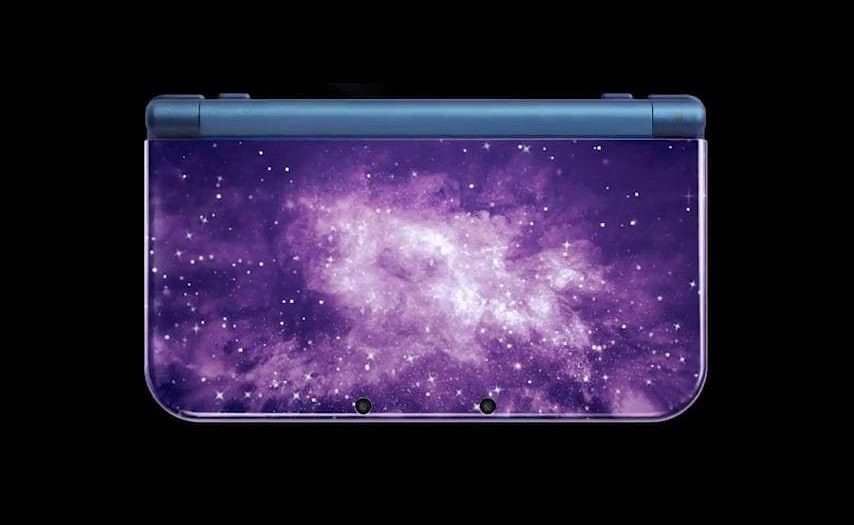 To infinity and beyond 3DS sales go!

With the “announced” Wii NX the 3DS sales just might be going down since reports say that the NX might be portable, hmm. Nintendo of America is keeping it alive (or is it the other way around) by bringing more games and refreshing the style of their handhelds.

Handhelds always have been a thing with Nintendo. Every handheld has to have a special edition and they pull it off so well, too. I always wanted a Gameboy SP Minish Cap Edition, it looks so cool!! I digress.

President of Nintendo of America Reggie Fils-Aime announced over Twitter that the Galaxy style new #3DS XL model will be available in stores this week across North America for $200. The post said this:

Out of this world! A new Galaxy style new Nintendo 3DS XL is coming to stores starting this week for $199.99!

Will it boost sales? Do you like the new Galaxy style 3DS? Tell us in the comments down below.

Dylan is a writer, gamer, avid movie lover, and PlayStation extraordinaire. Currently, he attends Radford University in pursuit of a BS in Media Studies with a concentration in Journalism. When he’s not writing the next epic post (but you know he is), he plays games like Destiny, Uncharted, Wolfenstein/DOOM/Dishonored; long story short: If I played the game, I liked it; if I haven't played it, just remember that I'm in college.
@Dylanslegos
Previous 4001 A.D. #4 (Comic) Review
Next Pokémon Go Fans Can Now “Catch Them All” With The Real Life Poké Ball